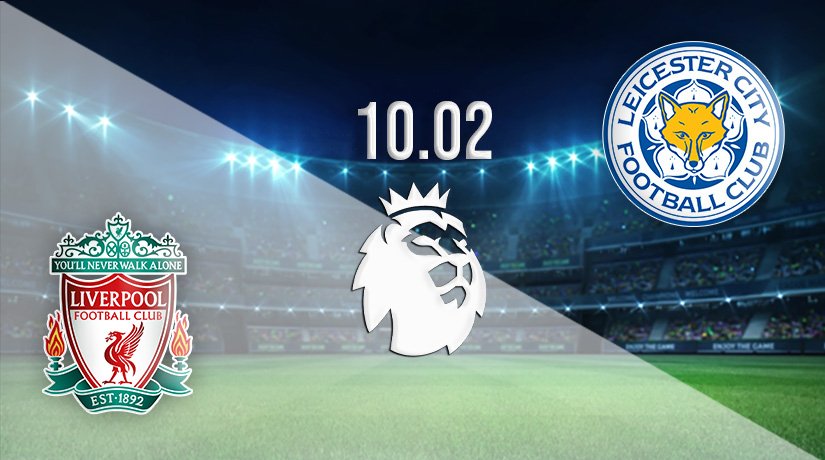 The midweek action from the English Premier League continues Thursday as two recent champions face off in Liverpool and Leicester City at Anfield. Things haven’t gone according to plan for either side so far this season, with the Reds trailing league leaders Manchester City in the title race and the Foxes stuck in midtable with their hopes of securing European football hanging by a thread. Both sides know the value of securing a win in this fixture, helping to set their season back on track, meaning this game should provide followers with an entertaining spectacle.

The least Liverpool fans will expect from their team this season is to finish as runners up behind current champions and league leaders Man City, pushing Pep Guardiola’s men hard to the finish line. Supporters of the visitors know the size of the task facing their team in targeting a win at Anfield. Still, they have witnessed some memorable upsets over the last few seasons and already know nothing is impossible at this level. Leaving Merseyside with all three points would provide a timely boost to their hopes of forcing their way into the Europa League qualifying slots.

These teams have met twice already this season, with both previous matches entertaining affairs. They shared a six-goal draw in the EFL Cup back in December, a match Liverpool eventually won 5-4 on penalties to sneak through to the next round. They then faced off in the Premier League a week later at the King Power Stadium, and it was the Foxes that came out on top that day, securing their revenge thanks to a 1-0 win. Ademola Lookman scored the game’s only goal on the hour to record a famous win over Liverpool. Will they do the double, or can the Reds fire back?

Best of the rest

At present, Liverpool rate as the best of the rest in the English Premier League. Jurgen Klopp’s side sits second in the table when returning from the weekend’s FA Cup action, but they have a mountain to climb if they are to track down leaders and title favourites Manchester City. The Reds post stats of 14 wins and six draws against just two defeats, with 58 goals scored and 19 conceded. Those stats show Liverpool have found the net more times than Man City and are the competition’s leading scorers, but their defence has conceded more goals than Wolves, who are down in eighth.

In their recent outings, Liverpool has won two, drawn two and lost one, but each of those two victories has come in their last two games as they battled back from a sticky spell. The Reds took just two of the nine points that were available to them before reeling off back to back wins. Fans will hope that upturn in form has helped steady the ship at Anfield and added confidence back to a squad that has been missing players due to the African Nations matches going on. A hat-trick of victories could strengthen their position in the table.

We last saw the home team in action when beating Crystal Palace 3-1 away from home at the end of January. That win in London was expected, but the players deserve full credit for the manner in which they won the points and their style of play. They were 2-0 up before Palace hit back with the goals scored by van Dijk and Oxlade-Chamberlain. A Fabinho penalty scored on 89 minutes was the icing on the cake.

Leicester City has been performing well above expectations over the last few seasons. Following that stunning title win that rocked European football to its foundations, the Foxes have set themselves out as a regular contender for a spot in the top four, challenging the big names of the division for Champions League football. They have missed out in the last two seasons by a narrow margin and are likely to miss out on qualifying for Europe’s elite this term.

The visitors started the week in 10th place with their stats showing seven wins and five draws against eight defeats, scoring 34 goals but conceding 37. The 26 points gained leaves them 10 points behind Arsenal and a place in the top six which will be enough to book a spot in next season’s Europa League. Their recent form has been poor, with Leicester winning two, losing two and drawing one of their last five games. Just three points separate them from Brentford down in 14th.

Leicester is without a win in their last two Premier League matches and was hammered by Nottingham Forrest in the FA Cup at the weekend. Losing at Championship opposition is a tough one for fans to take, made even worse by the Tricky Trees running riot, winning 4-1 and looking in control of the game from the first whistle. They were 3-1 down by halftime, and that result ramped up the pressure on manager Brendan Rodgers who knows his players must make up for that horror show sooner rather than later.

This promises to be an entertaining 90 minutes of football from the English Premier League as Liverpool search for a home win to keep the pressure on Man City. At the same time, Leicester is desperate to put the weekend’s FA Cup exit behind them. The Reds have the better form and hope to use their home advantage to secure three points.

Rodgers will be feeling the strain at the King Power, and his players are doing little to help ease that tension. Going to Anfield and needing to win is far from ideal, but the Foxes know they must show something after their loss to Nottingham Forrest. Fans demand a response from the players, and they’ll want to see them start the game on the front foot.

The pre-match betting available at 22bet has Liverpool trading at 1.21 for the win with a draw 6.9 and victory for Leicester City  12.

Make sure to bet on Liverpool vs Leicester with 22Bet!