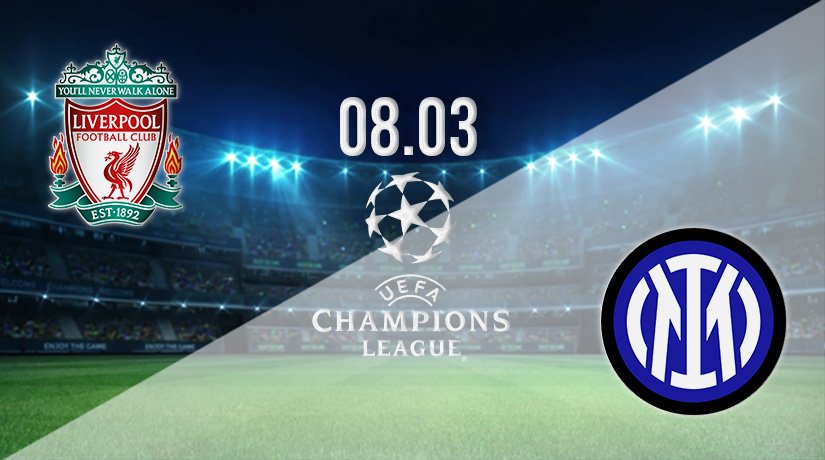 UEFA competition returns this midweek, and we begin with the Champions League Round of 16 second leg matches on Tuesday. Bayern Munich host RB Salzburg with the Germans looking to finish the job following a 1-1 draw at the Bulls last time. England meets Italy in the other match as Liverpool welcome Inter Milan to Anfield with the Reds holding a precious 2-0 aggregate lead. It’s now on Jurgen Klopp’s side to protect that lead and ensure they progress to the quarter-finals, keeping alive their dreams of regaining Europe’s elite trophy.

Liverpool has found their form following a slow start to the season and is now fighting on two fronts. They are back in the title mix after a winning run moved them to within touching distance of Premier League leaders Manchester City and that battle is sure to go right down to the wire. Inter Milan also finds themselves scrapping for domestic honours and running with Napoli and AC Milan for the Serie A gong. For 90 minutes, both teams will forget the race for points and enjoy the distraction of knockout football.

The head to head stats associated with this match shows Liverpool and Inter Milan have met five times previously in competitive action. The Reds boast four wins, with Inter Milan holding one victory. Followers of the stats may be interested in knowing that Milan’s last win came in 1965, and Liverpool has won the three games since without conceding a goal, with a pair of 2-0 wins included in that purple patch. Will we see this renewal fall into line?

Reds are in control

Liverpool holds all the aces heading into this match. The Merseyside giants have the home advantage and will play this match before a capacity crowd, the majority of which will be there to cheer on the English side. Secondly, Liverpool enjoys a strong aggregate lead, having won 2-0 in Milan in the first leg. Fans know how difficult it is to get a win in Italy at this level, and many would have settled for a draw, ensuring the tie remained live heading back to England. Those supporters got more than they bargained for. Liverpool eased to a 2-0 victory in Milan with the goals coming from Firminho and Salah, with Robertson providing an assist.

That win in the San Siro moved Liverpool’s winning run to seven games and proved to any remaining doubters that the club was firing on all cylinders this season. The scoreline flattered the Brits slightly as it took them 75 minutes to break the deadlock. When the first goal went in, Milan had to be more adventurous. As they battled to score an equaliser, Liverpool hit them on the break and added a second. 1-0 would have been a great result for Liverpool, putting them in control of the tie, but 2-0 means they have a cushion to protect, and that could be enough to see them progress.

The home side was last seen in action on Saturday evening when scoring a hard-fought 1-0 win over top-four contenders West Ham United. The Hammers have proven to be the league’s dark horse this season and are battling for a place in next season’s Champions League. They came to Anfield looking to win but left empty-handed thanks to a goal from Mane on 27 minutes. It was a tense 90 minutes with Liverpool holding on to their narrow lead. That win kept them within six points of league leaders Man City with a game in hand over the champions.

Milan have it all to do

Inter Milan know the draw could have been a little kinder to them. There were weaker sides they could have pulled from the hat, but the draw has been made, and the Italians knew they had to get on with it. They understood their best chance of eliminating Liverpool came from making home advantage count at the San Siro, but things didn’t go according to plan that evening. Milan had chances to score that night but passed up several good opportunities.

Things haven’t been too much better for Inter Milan in Serie A, although they are in the running to win the league title. Their last five matches consist of one win, two draws and a pair of defeats, with the sole victory coming at the weekend. On Friday, they got back to winning ways and moved back to the top of the division with a stunning 5-0 home win over Salernitana. That was a real show of strength by Inter and served as a confidence booster before the trip to England. Fans will demand that level of performance at Anfield.

Martinez netted a hattrick in Friday’s win, with the other two goals scored by Dzeko. This Inter team is packed with individual talent, and that win showed what they are capable of when working as a team. Klopp would have watched that match on Friday, and he couldn’t help but be impressed by Inter. The visitors travel to Anfield knowing they must go on the attack and score goals. They need to win by at least two clear goals to take this into extra time.

Liverpool’s recent form has been simply superb, with the Reds racking up a long winning run in all competitions. They showed in Milan they have the firepower to hurt teams and showed in that weekend win over the Hammers that the defence can be relied upon.

Inter Milan have to score first at Anfield. If they get the opening goal of the game, it will shake things up a bit and increase the pressure on Liverpool. But the longer this game remains goalless, the more chance of the Italians being eliminated.

The pre-match betting available at 22bet on this fixture has Liverpool at 1.545 with Inter Milan trading at 5.5 for an away win while the draw is 4.4.

Make sure to bet on Liverpool v Inter Milan with 22Bet!