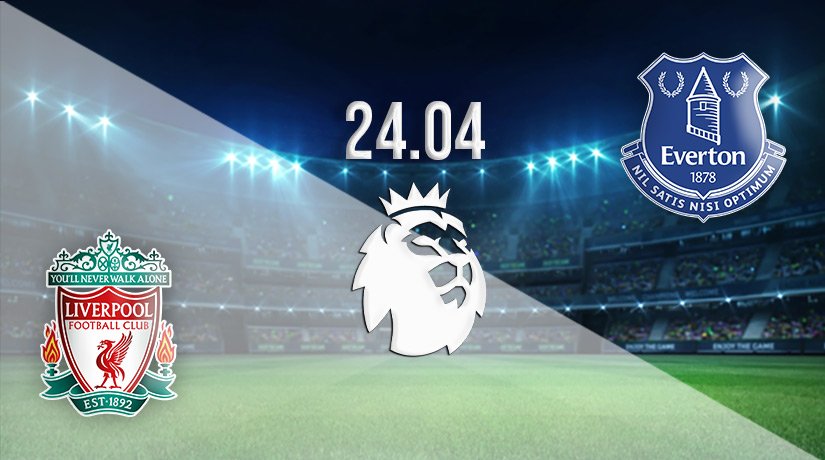 The Merseyside Derby returns to our screens this weekend as rivals Liverpool and Everton go head to head at Anfield. This mouth-watering clash is scheduled for a Sunday 16:30 GMT kick-off and will be shown to a global audience on television and modern live streaming apps. It’s the reds versus the blues, but which team will come out on top, grab a crucial three points and hand their supporters the bragging rights? Armchair fans can’t wait to find out, and, in this preview, our team of football writers guide you through the facts and figures. This is one of the most famous fixtures in European football, and this renewal is expected to live up to the pre-game hype.

These teams are often battling for position near the top of the table with Liverpool and Everton usually driving at the European places, but that isn’t the case this time. The home team are involved in a race against Manchester City for the title, while Everton are struggling to keep their heads above water and avoid the relegation zone. The Toffees have endured a horrible season by their high standards and started the week in 17th place in the table. Could Everton end up playing Championship football next season? It’s certainly possible at this stage.

This is the second time these teams have met this season, with Liverpool looking for more of the same following a stunning 4-1 win at Goodison Park on the opening day of December. Mo Salah hit a double that day to put his side on easy street, with the beaten team offering little resistance. However, Everton fans have fond memories of Anfield, and they won 2-0 when last here, thanks to goals from Richarlison and Gylfi Sigurdsson. When looking through the stats, we note that half of this fixture’s last four renewals have ended in a draw, with both teams scoring in two of the last three games.

Reds in the running

Liverpool play their second match of the week following Tuesday’s fixture at Anfield against Manchester United. They now take on the second game in a crucial doubleheader, knowing only a victory will do if they want to win the league. Liverpool have been phenomenal in getting themselves back into the title race, taking advantage of the sloppiness shown by champions Man City who let their guard down, allowing the Reds to sneak in through the back door. We now have a tug of war for supremacy in the league, and Liverpool have a strong grip.

The locals entered the week in second place with their recent stats showing four wins and a draw. The spare in that run came against Man City at the Etihad Stadium in a match that ended with a share of the spoils thanks to a 2-2 final score. Both teams went into that game to collect a win that would put them in control of the division but the draw suited Man City more than Liverpool. The Reds know they missed their chance to go top that day by beating the champions on their patch, but there’s still time to turn things around.

Liverpool got their own back on Pep Guardiola’s men by beating them in the semi-final of the FA Cup last Saturday. That pulsating match ended in a 3-2 win for Liverpool with the goals coming from Konate and a double for Mane, which was enough to see off a fightback from Man City, which was powered by goals from Grealish and Bernardo Silva. The final score suggested a tight match, but Liverpool led 3-0 at halftime.

A sticky spell for the Toffees

It has already been a nightmare season for the Everton support, but things could get much worse. The Toffees started this season with a talented and deep squad working behind a manager who is experienced in bringing success. Most pundits had the blues picked out as a contender for the European places, with most expecting a simple run into the Europa League slots with an outside shot at making the Champions League. The reality has proven to be very different.

Everton started the week down in 17th, just one place above the relegation zone. Everton – a team with a rich history of competing in the Premier League – could end up playing in the Championship next season. We have seen many big teams, including Sunderland, go down and fail to bounce back. The Championship is a very different task to the top division with much less flair but more harsh tackles, long balls and spoiling. It’s a dog fight, and that’s something the club will want to avoid at all costs. They can do that by improving their results and climbing the table.

Everton started the week with stats of eight wins and four draws against an astonishing 18 defeats. Putting that into context, the Toffees have lost four more games than Burnley, who are one place beneath them on the ladder and fighting for their survival. The Clarets may go down, but they won’t bow out quietly. They have taken four of the last nine points available to them while Everton have collected three. It will be a nervy finish to the season.

This is a crucial week for Liverpool and Everton as they bid to put pressure on Man City and distance themselves from the bottom three. There’s all to play for here. Followers of the Reds would love to see their team finish the week top of the league, especially if it comes at the expense of Everton dropping into the bottom three. The Toffees would love to climb the table, but it would be even more special if they did that while denting their rival’s title hopes.

Make sure to bet on Liverpool v Everton with 22Bet!