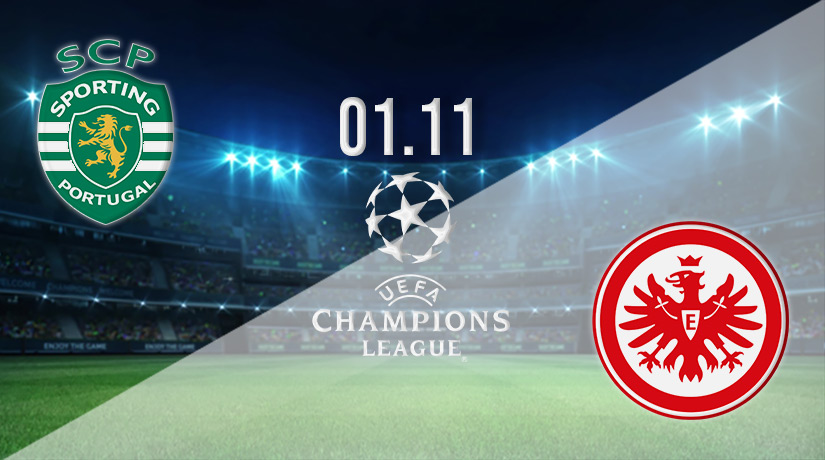 One of the most open Champions League groups reaches its conclusion on Tuesday, as Sporting Lisbon and Eintracht Frankfurt both look for a victory that will take them through to the next round of the competition.

Group D can still go in a number of different ways, as all four teams involved could yet make it through to the knockout round of the Champions League. The advantage is currently with Sporting Lisbon, as the Portuguese side sits second in the standings. However, anything other than a victory in this fixture could see them exit the competition.

Sporting has failed to win in their previous three fixtures. However, they were in strong form last weekend, as they were very deserving of a point against Tottenham Hotspur. The Portuguese side went ahead in the first half of that fixture, with Marcus Edwards opening the scoring after 22 minutes. However, they needed a VAR intervention at the end of the fixture to avoid losing the fixture in North London.

Eintracht Frankfurt can still qualify for the next round of the competition, but they will need to claim victory on the road against Sporting. They have won two of the five games that they have played in the Champions League this season. However, they are the lowest scorers in Group D, having found the back of the net on just five occasions.

They kept their hopes alive of reaching the next round of the competition last week, as they picked up a 2-1 home win against Marseille. Daichi Kamada and Randal Kolo Muani scored the goals in that vital fixture, They should come into this match in good confidence, and that could be vitally important.

This should be a tense fixture between two sides still in the hunt for a place in the next round of the competition. However, Sporting looked incredibly strong in the previous meeting between the sides, and we could see them claiming a second straight win against their German rivals this week.

Make sure to bet on Sporting Lisbon vs Eintracht Frankfurt with 22Bet!