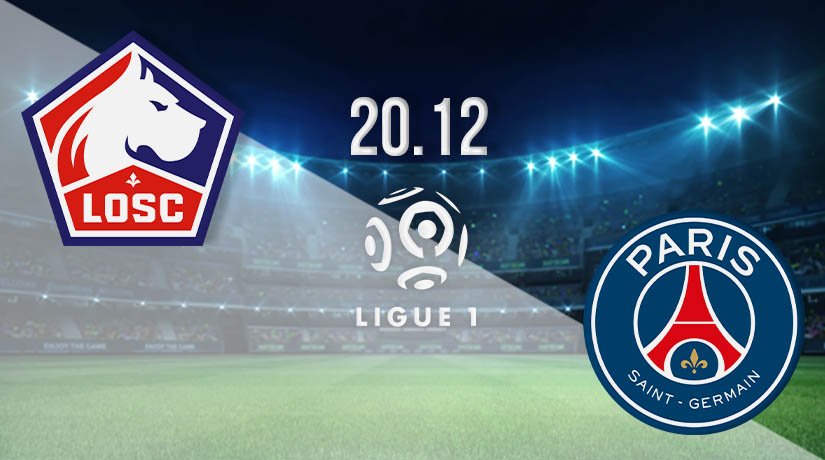 French Ligue 1 football returns to our TV screens this weekend and there’s a game of real note for armchair fans to look forward to as Lille take on defending champions PSG. This clash is scheduled for a 20:00 GMT on Sunday and is top of the bill from a seven-fixture card. Can Lille cause an upset or will last season’s champions PSG show why they are the best team in France?

Lille out in front

Lille have made a strong start to the season and eight wins from their first 14 games put them in pole position, level on points with Lyon and one ahead of PSG. The hosts have impressed thus far but know there’s still plenty of work to do before they can allow themselves a pat on the back. Victory over PSG at home before Christmas would certainly ramp up the festive cheer for supporters.

Lille extended their recent unbeaten run to four games last weekend when beating Bordeaux 2-1 at home. Bamba got things moving with an early goal for his side before Basic levelled things. A strike from Jose Fonte just before half-time was enough to secure all three points for Lille. Despite that hard-fought victory, they did lose 3-2 in Glasgow against an out of form Celtic in the Europa League earlier this month.

PSG started the campaign as strong favourites to continue their dominance of French football but appear to be biding their time. The Parisians certainly haven’t made the kind of aggressive start we’ve come to expect from them and failed to win five of their first 14 league games, losing four and drawing the other. The fact they conceded 10 goals in that period will encourage their rivals.

PSG suffered a shock loss last weekend when going down at home against Lyon by a 1-0 scoreline. Kadewere opened the scoring on 35 minutes and PSG were unable to fire a reply despite the victors ending with 10 men on the field. It was a bitter blow for the champions and one they must respond to by taking three points here.

Lille are full of confidence at this stage, but this is a crucial match in their season. The pressure is on PSG to fire a warning shot by winning at the home of the early league leaders.

Make sure to bet on Lille vs PSG with 22Bet!