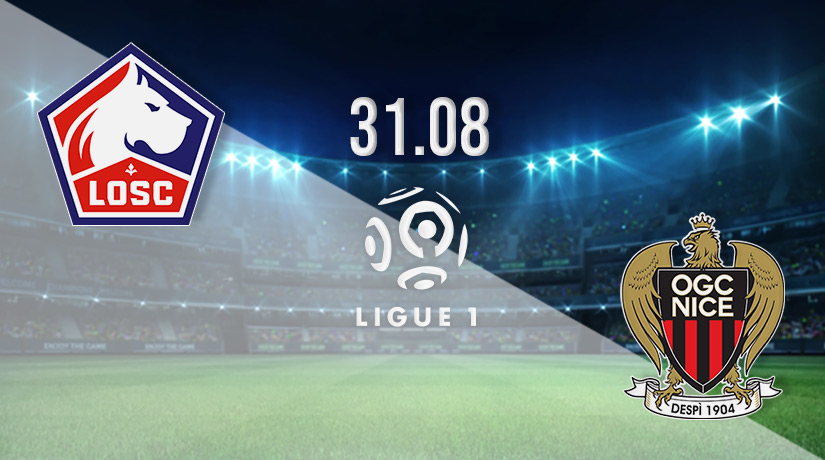 Two sides that have started the Ligue 1 season with contrasting fortunes meet in the French top-flight on Wednesday. Nice are still searching for a first league win of the season, while Lille could move into the Champions League positions with a victory in front of their home fans.

Lille have enjoyed a strong start to the new French season, but any talk of a second league title in three seasons remains premature. The French side have won twice in their opening four league games, and come into this fixture in good confidence after picking up maximum points in their previous fixture.

Lille were commanding winners in their previous fixture, as they beat Ajaccio 3-1 away from home. Yusuf Yazici opened the scoring for the travelling side after 17 minutes, before Jonathan Bamba extended their advantage with a goal two minutes before the half time break. Tiago Djalo wrapped up the scoring for Lille with just over 20 minutes remaining, before Ajaccio pulled back a late consolation goal.

It hasn’t been the start to the season that Nice would have been hoping for, as the French side currently sits in the relegation places after suffering two defeats in their opening four league fixtures. They are still waiting for a first league win of the season, and have scored just two goals in the fixtures that they have played before this fixture.

A second league defeat in a row was suffered on Sunday, as Nice were hammered 3-0 at home by Marseille. Nice managed to record just two shots on target in that defeat, and were blown away inside the opening 45 minutes. Alexis Sanchez scored twice for the away side, while another former Arsenal player added the other goal, as Nuno Tavares opened his account for the French side.

Lille vs Nice Head to Head

Lille have lost just once in six previous fixtures against Nice. That defeat came in their home fixture against their opponents this week last season. However, Lille bounced back to win the return fixture 3-1 in May.

Lille’s strong record in this fixture and the fact that they have started the new campaign in fine form ensure that they make a compelling case on Wednesday. It could be a third straight defeat for Nice, as they still look to find the right balance within their new look team for the 2022-23 season.

Make sure to bet on Lille vs Nice with 22Bet!