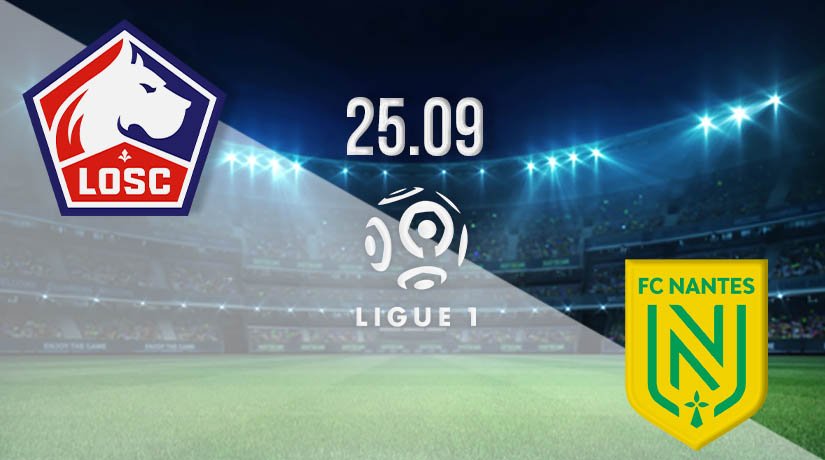 Lille and Nantes will meet in Ligue 1 this weekend, with both sides looking for the three points to build on their progressive starts to the new season. A win for the hosts would be enough to take them top of the league.

It has been an impressive start to the season for Lille, as they are yet to be beaten in the league in 2020-21. They currently sit in fifth place as they have picked up eight points. Lille have won two of their four games so far this season, and have also drawn on two occasions. They drew their opening game of the season against Rennes, before they won their next two games. The first of those wins games against Reims, before they followed that up with a victory against Metz. Their most recent game in Ligue 1 was against Marseille, but they were held to a 1-1 draw. Luiz Araujo opened the scoring for Lille early in the second half. But, they weren’t able to hold on for the three points, as Valere Germain levelled the scores with five minutes remaining.

Nantes have also shown glimpses of what they are capable of over the opening weeks of the new season, but they will be looking to win just their second game of the season against Lille. Nantes have lost one of their four games so far this season, and have drawn on two occasions. They will come into this game having failed to win in two games in Ligue 1. However, Nantes were able to bounce back from their defeat against Monaco by picking up a draw in their most recent outing against St Etienne. St Etienne raced into a 2-0 lead after goals from Adil Aouchiche and Yvann Macon. However, Nantes fought back into the game and scored two goals in the final 20 minutes through Moses Simon and Reneud Emond.

Lille vs Nantes Head To Head

Nantes don’t have a very good record against Lille, as they haven’t beaten their opponents this weekend in their last nine meetings. Lille have won on seven occasions during this time, while there have been two draws.

Lille have the superior record and have been showing better form at this early stage of the Ligue 1 season. It is hard to look past them claiming a third win in five games to kick off the 2020-21 campaign.

Make sure to bet on Lille vs Nantes with 22Bet!