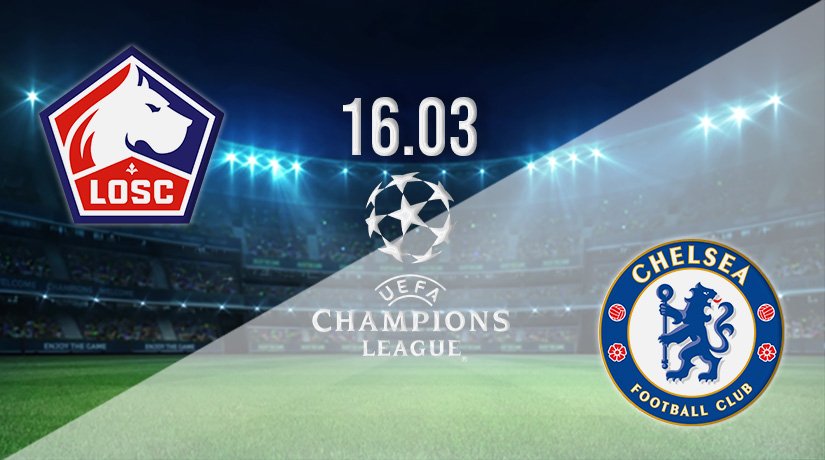 Chelsea, reeling from the aftershocks of the sanctioning of their owner Roman Abramovich, will travel to face Lille in the second leg of their round-of-16 Champions League tie on Wednesday at 21:00 GMT.

Can Lille Cause a Massive Upset against the Defending European Champions?

Lille will be focused on performing well in this match at home with Chelsea. In the first leg at Stamford Bridge, Lille performed well without getting any reward for it.

They were punished by a clinical side that never got out of second gear. Lille will be aware of the quality of Chelsea and fully prepared for it.

With the Chelsea squad distracted by off-pitch issues around the club, Lille will be looking to take advantage and shock the reigning European Champions.

Can Chelsea Finish the Job and Progress to the Quarter-Finals?

Thomas Tuchel’s side will have to put aside several off-pitch issues to put in a performance they need in Lille to progress to the quarter-finals of this season’s Champions League.

The Blues lead 2-0 from the first leg match at Stamford Bridge, and they will be the favorites heading into this match.

However, a lot has happened since the first leg. Chelsea’s owner has been sanctioned by the British government, which has caused massive difficulties for Chelsea’s operations and logistics.

In Ligue 1, Lille have been in decent form over the last six rounds of fixtures. They have won thrice, drawn twice, and lost once in this run. They have collected 11 points in this run while dropping 7.

In this season’s Champions League campaign, Lille have won thrice, drawn twice, and lost twice. They have scored seven goals in this campaign while conceding six.

Lille have also averaged 48.72 percent possession across the seven fixtures they have had, while they have kept three clean sheets.

Domestically in the English Premier League, Chelsea have been third-best so far behind league leaders Manchester City and second-placed Liverpool.

Over the last six rounds of fixtures, Chelsea have won six while drawing one. They have collected 16 points and dropped two in the process.

In this Champions League season, Tomas Tuchel’s side have played seven matches in which they have won five, drawn one, and lost one. They have plundered 15 goals while conceding just four.

Chelsea have averaged 60.86 percent possession while keeping five clean sheets in the process.

Lille have not reported any injuries ahead of the clash with Chelsea. This will come as a boost in their bid to overturn the 2-0 deficit in the second leg on Wednesday.

Thomas Tuchel has a challenge when it comes to his wing-backs this season. Currently, right-wing-back Reece James is missing with a muscle injury; the 22-year-old is expected back on March 15th, which might be too soon to feature in Lille.

Right-back Cesar Azpilicueta is ill and missed the 1-0 win over Newcastle. The 32-year-old Spanish international is also a doubt for the Lille match.

Left-wing-back Ben Chilwell is a long-term absentee with a ruptured cruciate ligament, and is not expected back until after the season has ended.

The striker will offer hope to Lille of overturning this result and upsetting Chelsea. His pace and clever play are crucial in advancing Lille forward and creating dangerous situations.

The German forward has been in hot form in recent matches, and he will be at the center of Chelsea’s forward play in Lille. His goal-scoring, movement, and playmaking have been essential in making Chelsea dangerous going forward, especially with strikers – Lukaku and Werner – having a terrible run of form.

Expect Chelsea to have a huge chunk of the ball and dictate the tempo of the game. Lille will work hard off the ball, press high up the pitch, and make life uncomfortable for Chelsea.

Chelsea are highly favored to win the match and progress to the quarter-finals.

Make sure to bet on Lille vs Chelsea with 22Bet!