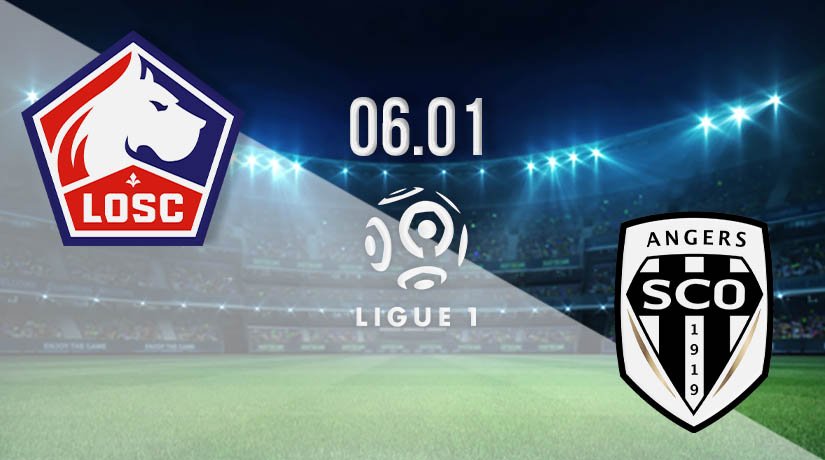 The French Ligue 1 title race will be heating up over the next couple of weeks, as Paris Saint-Germain look to close the gap between themselves and the teams at the top of the league. Lille will be looking to extend their advantage when they host Angers on Wednesday.

It has been an exciting start to the season for Lille, but they will be aware that they will be coming under more pressure in the second half of the season as PSG look to build momentum. Lille have lost just once so far this season, which is three times fewer than the number of teams that PSG have been beaten. They are also a team in good form, as they have won four of their last five games. This match against Angers will be their first game since the winter break in France, and they will be hoping to follow on from the win that they recorded in their last game against Montpellier. Lille were excellent in that fixture, as they ran out 3-2 winners. Timothy Weah, Nanitamo Ikone and Burak Yilmaz scored the goals in that win on the road.

Angers have surprised a fair few people this season, and they could be in the hunt for a Europa League finish if they can continue to build momentum. They have lost just once in five league games, and a win in this fixture could see them move up to fifth in the league table. Like Lille, this will also be their first game after the winter break. They picked up a famous win in their last league game, as they beat Marseille 2-1 two days before Christmas. Mathias Pereira Lage and Lois Diony scored the goals in that home success.

Lille vs Angers Head To Head

The home side were excellent in Ligue 1 before the winter break, and we expect them to maintain that form by picking up a first win in 2021 against Angers on Wednesday. However, it will be a tight result, and Lille will need to be at their best.

Make sure to bet on Lille vs Angers with 22Bet!