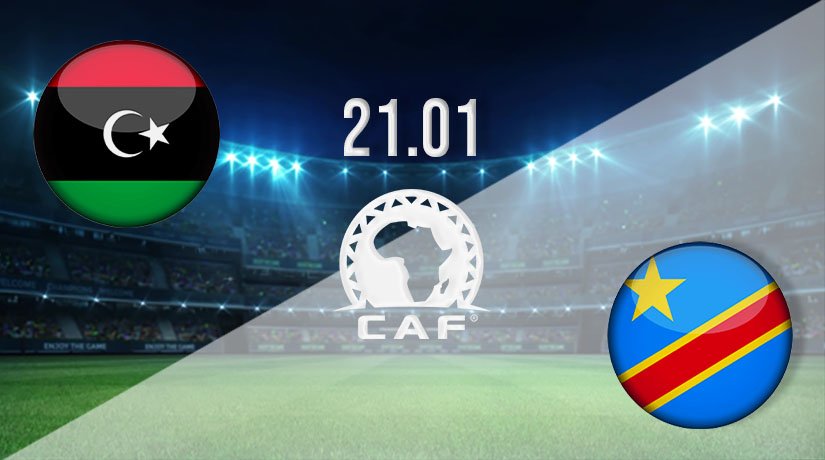 The African Cup of Nations matches continues to come at us thick and fast this midweek with the latest pairing Libya and DR Congo on Thursday from 16:00. Armchair fans can follow the build-up and play live on television with a competitive contest expected. Which team will boost their chances of progressing to the knockout stages with a group win?

The head-to-head stats associated with this fixture tell us to expect a close game with four of the last nine games involving Libya and DR Congo ending in a draw. DR Congo boast three victories with Libya currently on two wins. The most recent game ended in a 2-1 win for DR Congo in the World Cup back in 2017.

Libya’s off to a flyer

Libya know the importance of a strong start to the group campaign, but they have been added to a competitive pool and started as one of the sides with a great chance of competing for the prize places. The Mediterranean Knights have played in this competition three times in the past, first appearing back in 1982.

They got off to a strong start and finished as runners up in 1982. Fans must have thought that was a sign of things to come but the team have failed to make an impression at this level since. They impressed with a stunning 8-1 win over Seychelles in 2018 but haven’t done much of note since.

DR Congo are currently ranked 60th in the world by FIFA and are certainly no strangers to this competition, having appeared in the African Cup of Nations 19 times. They first played in 1965 and boast two title wins at this level, finishing top in 1968 and 1974. They also made the group stages of the World Cup in 1974.

They are a well-organised and disciplined side who will have hopes of breaking through the group stages. DR Congo secured a decent 1-1 draw against Morocco in one of their most recent starts and the players would have taken confidence from that display.

The stats tell us this should be a hard-fought match with any winner made to work for the points. Both teams will believe they have the talent to get the victory and that should make for an open and exciting 90 minutes.

Make sure to bet on Libya vs DR Congo with 22Bet!