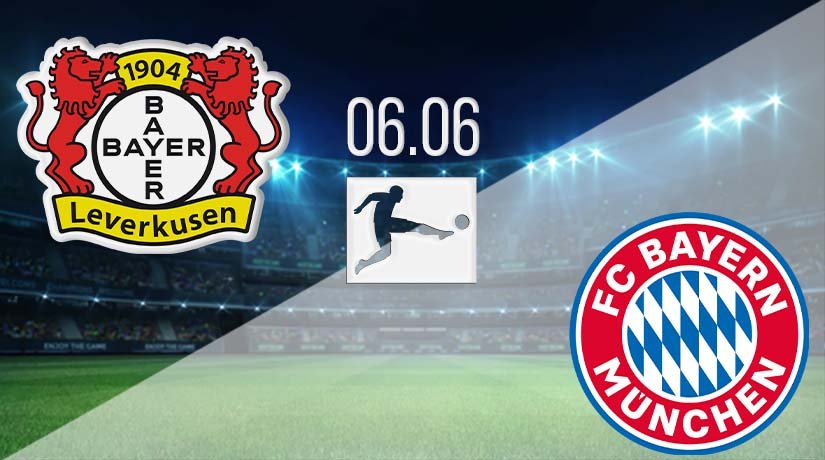 The biggest match in the Bundesliga this weekend will see Bayern Munich take on Bayer Leverkusen. There is still a title race at present, but a win for Bayern Munich in this fixture would almost make it impossible to see anything other than the reigning champions defending their crown.

Bayern Munich appear to be getting better and better as the season progresses. They have still only dropped two points in 2020, and have won all four games since the Bundesliga resumed. Bayern have been frightening in front of goal in these four fixtures, as they have scored 13 goals and have just conceded twice. The title race is almost over, as Bayern’s 1-0 win over Borussia Dortmund means that there is now a seven-point gap between the two sides.

Bayern were majestic on their last outing in the Bundesliga as they recorded a comfortable 5-0 success over Fortuna Dusseldorf. Robert Lewandowski scored twice in that win, while there were also goals for Benjamin Pavard and Alphonso Davies. Both of those defenders have now scored two goals each since the restart. This will be a much bigger challenge for the champions, but they couldn’t possibly be in a stronger position at present.

Bayer Leverkusen had been getting all the headlines when the season resumed, as they were easy on the eye to watch. However, they are back outside the top four in the Bundesliga after suffering a shock defeat to Wolfsburg in their last home game. Bayer were able to bounce back from this shock defeat by recorded a 1-0 away win at Freiburg. Kai Havertz scored the only goal of the game on that occasion, as he took his tally to five goals in four games.

The young German will be a crucial player in this fixture, as Bayer will need to ensure that he is in the game from the very first minute. This will be a big challenge for them, but if Bayer can get a win, then they would feel confident that they will be ending the season in the top four.

Bayern hold a dominant record in this fixture as they have won 19 of the 31 meetings. Leverkusen have won on six occasions, while there have also been six drawn matches between these two rivals. However, Leverkusen have won the last two meetings against Munich. The fixture earlier in the season ended in a 2-1 win for Leverkusen.

There is no doubting that Bayer Leverkusen are an incredibly talented side. However, the preference will still be for Bayern Munich to get the win as they are now within touching distance of the league title.

Make sure to bet on Bayer Leverkusen vs Bayern Munich with 22Bet!