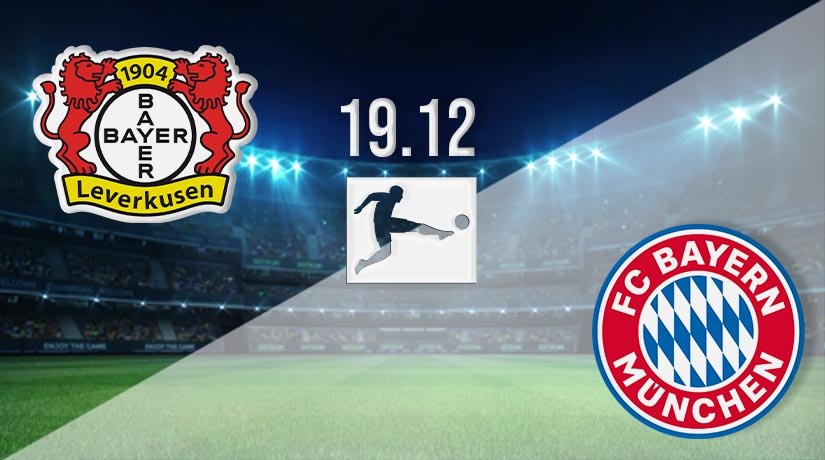 The weekend fixtures follow what was an exciting midweek of games from the German Bundesliga and followers now have six games scheduled for Saturday. A standout on the fixture list sees Bayer Leverkusen welcome Bayern Munich for a 17:30 kick-off that is the main attraction on the programme and will be shown live on television across Europe.

These teams are no strangers to meeting on competitive action and the head-to-head stats attached to this fixture shows the visitors have dominated over the years. Bayern Munich are currently on 52 wins with Bayer Leverkusen on 19 and 17 in the draw column. Interestingly, each of the last two meetings ended in a 4-2 win for Munich with the teams sharing 15 goals in five games last season.

Bayer Leverkusen kick-off round 12 of the season sitting top of the Bundesliga with 25 points on the board, one more than nearest rivals Bayern Munich. This match doubles as a shootout for pole position and that makes things even more exciting. The home team have won seven and drawn four games so far and are one of only two unbeaten teams left in the German top flight. They have found the net 23 times and conceded 10 goals which is one of the best defensive records at this level.

Leverkusen have won four and drawn one of their last five league starts and warm-up for this clash having scored back-to-back wins. They were last seen in action at the weekend when landing a stunning 4-1 victory at this venue over 1899 Hoffenheim, the goals scored by Wirtz, Alario, and a Bailey double. The beaten team ended that match with nine men after Grillitsch and Posch were sent off in the second half.

Munich have drawn their last two

Bayern Munich have dominated German football in recent years and started this season as hot favourites to continue that run. They are currently second in the table with their stats showing seven wins and three draws against one defeat with 35 goals scored and 17 conceded. Munich have notched a dozen more goals than their opponents but have already conceded seven more and the latter is something the away team will be desperate to address.

Munich may arrive in town on the back of an unbeaten run, but they have struggled to finish opponents off in recent starts, drawing three of their last four league games and each of their two most recent games. Bayern followed a 3-3 home draw against RB Leipzig with a 1-1 away to Union Berlin on the road.

The fact a top spot in the league is at stake here means this should be a competitive match from the first whistle. Leverkusen are the home team with a proud unbeaten record to protect while their opponents are experienced in winning important games and league titles.

Make sure to bet on Bayer Leverkusen vs Bayern Munich with 22Bet!