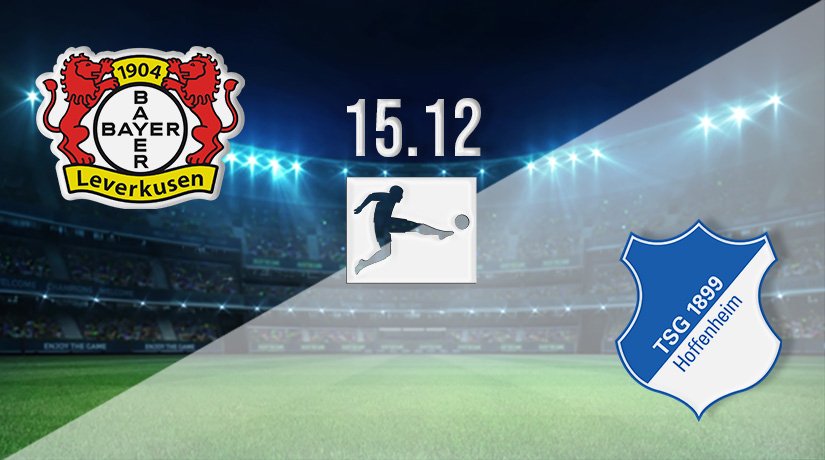 Bayer Leverkusen are looking a solid chance for a Champions League place at present, as they sit third in the Bundesliga standings as we close in on the half way stage. However, they face a huge game in the German top-flight on Wednesday, as they come up against the side directly below them in the league standings.

The big game in the Bundesliga this week takes place on Wednesday, as Bayer Leverkusen and Hoffenheim clash with just a point separating the two sides. Leverkusen are currently in third, while Hoffenheim are a point further back in fourth. Both sides will be hopeful of ending the season in a Champions League place this season.

Leverkusen will need to bounce back after seeing their three-match winning run brought to an end last weekend, as they were beaten by Eintracht Frankfurt. It was a stunning defeat for Leverkusen, as they looked to be cruising after 22 minutes.

They were 2-0 ahead at that point after goals from Patrik Schick, but that advantage was quickly wiped out before the second half got underway. They lost their way in the second half, and will need to be more defensively solid if they are to get a win against their Champions League rivals this week.

Hoffenheim are the form side in the Bundesliga over the last four rounds of fixtures, as they have picked up maximum points over that period. They have won their last four, and that has lifted them up to fourth in the standings, above Freiburg.

Another victory this week will see them move ahead of Leverkusen, and would put them just two points below Dortmund. Hoffenheim won their last game in the Bundesliga against Freiburg, with Chris Richards scoring the dramatic winner in the 94th minute.

The most recent fixture between these two sides ended in a 0-0 draw in April. However, both Leverkusen and Hoffenheim have still picked up a win apiece in the previous three meetings. Leverkusen won their home fixture last season against their rivals, while Hoffenheim picked up a home win against Leverkusen in February 2020.

This is an interesting midweek fixture in the Bundesliga, and could go either way. However, we would be keen to stick with the form side in the league. Hoffenheim would be our pick to get the win, as they move above their rivals and close the gap on Dortmund.

Make sure to bet on Bayer Leverkusen vs Hoffenheim with 22Bet!