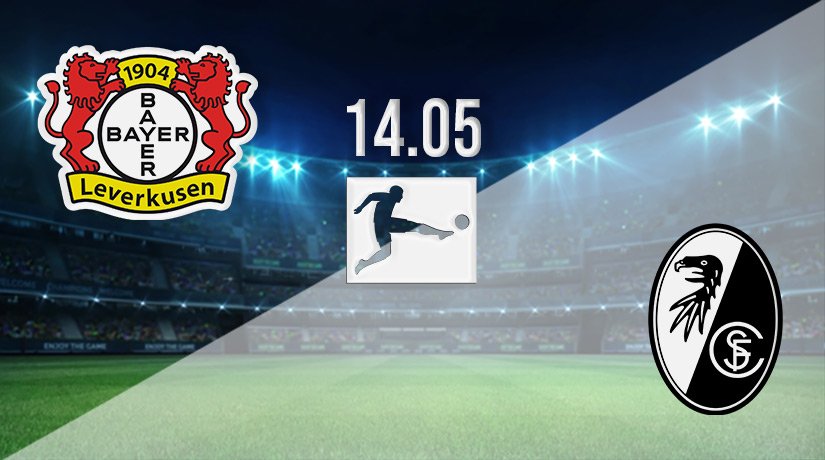 With one match remaining in the Bundesliga, fifth-placed Freiburg will be looking to bolster their chances of finishing in the top four when they travel to face Leverkusen, who have already sealed the third spot on the Bundesliga table, on Saturday at 14:30GMT.

Can Leverkusen make it Four Consecutive Wins to End the Season?

Leverkusen sealed third place in Bundesliga when they won 4-1 away to Hoffenheim last Saturday. They currently lead fourth-placed Leipzig by four points with one match remaining in the season.

However, having won the last three matches in the Bundesliga, Leverkusen will be looking to end the season on a high in front of home fans, which will be motivating for the players ahead of the clash with Freiburg.

SC Freiburg are still in the hunt for a top-four place; however, this will depend on RB Leipzig losing their last match and Freiburg beating Leverkusen on Saturday.

Freiburg are also in the final of the DFB-Pokal, which indicates that their season will not end on Saturday.

The focus for Freiburg will be getting three points against Leverkusen and hoping Leipzig slip-up in their final match of the season.

Leverkusen have been in sterling form in recent matches. They have won the last three outings in the Bundesliga on their way to sealing third-spot and with it a Champions League place for next season.

They have collected 10 points from their last five Bundesliga fixtures, having had three wins, one draw, and one defeat.

Leverkusen will be looking to make it four consecutive wins to end the season on a high in front of home fans, with a Champions League place secured.

In their last match, Freiburg lost 4-1 at home to Union Berlin, this surprise loss allowed RB Leipzig to leapfrog them to fourth on the table and control their destiny heading into the final match of the season.

Apart from that defeat, Freiburg were unbeaten in four prior Bundesliga fixtures with three wins and a draw.

This means that Freiburg do not have their top-four destiny in their own hands; instead, they will depend on whether RB Leipzig win or lose their final match. With a superior goal difference, all Leipzig needs to finish fourth will be a draw.

Leverkusen will be without their key attacking midfielder Florian Wirtz, with the 19-year-old recovering from a ruptured cruciate ligament. Central midfielder Zidan Sertdemir is also sidelined with a groin injury; the 17-year-old has already missed 14 matches for Leverkusen this season.

Freiburg have three main players unavailable for selection due to injury ahead of their final match of the Bundesliga season against Leverkusen in their quest for the fourth spot on the table.

Left-winger Noah Weibhaupt is sidelined with a shoulder injury; the 20-year-old has missed two matches since April 25th and is a massive doubt ahead of the final day of the season.

The striker has grabbed 24 goals and two assists in 29 appearances for Leverkusen this season.

His presence and strength through the middle have been crucial assets for Leverkusen and in breaking down opponents.

He will be crucial as Leverkusen seek to make a winning and dominant end to the season.

He will be central to the team as they seek to make it into the top-four in the final match of the season on Saturday.

Leverkusen will make a bright start to the match and seek to dominate possession, press high, and get the early goal. Freiburg will be guarded and compact in their approach, aiming to use transitions to cause Leverkusen problems.

Leverkusen are favourites to seal a winning end to the season.

Make sure to bet on Leverkusen vs Freiburg with 22Bet!