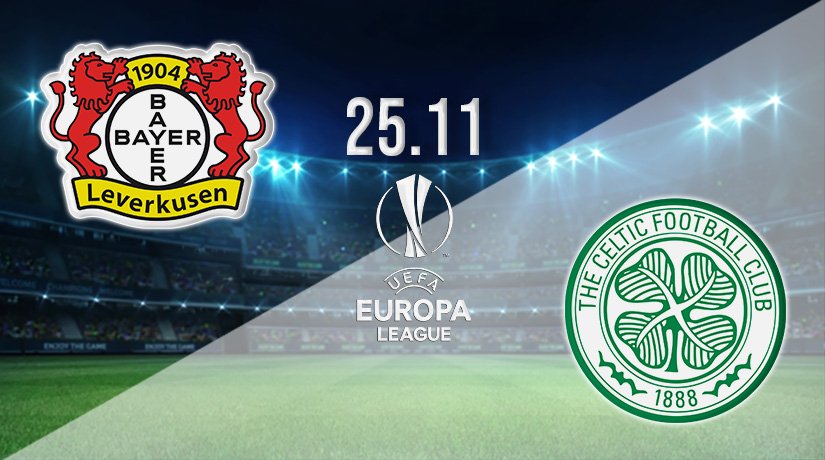 Leverkusen will be looking to wrap up Group G by confirming their qualification for the knockout rounds of the Europa League when they host Celtic in Germany on Thursday at 18:45 GMT.

For Celtic, matchday 5 will be one of the remaining two chances for them to seal qualification from the group ahead of Real Betis, who are second with 7 points, a point ahead of the Scottish club.

With 10 points out of an available 12, Leverkusen have had a stellar campaign in the Europa League this season. A victory over Ange Postecoglou’s side will confirm their qualification, and could seal the top spot, depending on the other result in the group.

Gerard Seoane’s men have parlayed their impressive form in the Bundesliga into their Europa League campaign, which has seen them with three wins and a draw in the last four rounds of the group stage.

Seoane will be quietly confident that their side have what it takes to finish the job.

Can Celtic Resurrect Their Qualification Chances in Germany?

The last time Celtic faced Leverkusen at Celtic Park, they were beaten convincingly 4-0. With two wins and two defeats in the group so far this season, Postecoglou’s men need to win to save their chances of qualification.

A loss in Germany could all but extinguish their hopes of making it to the knockout stages. A win will be a shot in the arm of their campaign and could set up an interesting final round of fixtures in Group G, especially given they play Real Betis who currently sit a point ahead of Postecoglou’s side.

In their Europa League campaign, Seoane’s side have a return of 10 points from the available 12, with the only dropped points being away to Real Betis, which ended in a 1-1 draw.

In the Bundesliga, Leverkusen sit 4th on the table, within the Champions League places, one point ahead of Union Berlin and one point behind 3rd-placed SC Freiburg.

In the last five outings, Seoane’s men have won one, drawn 2 and lost 2 fixtures; this run has seen them lose ground of the table-topping Bayern Munich and second-placed Dortmund.

Celtic are in the middle of a fine run of form, with four wins and a draw from their last five outings. They sit second on the Scottish Premiership table with 26 points, four behind reigning champions Rangers.

In their last four matches in the Europa League this season, Celtic have won two and lost two, ending up with 6 points from an available 12. The last time out, Postecoglou’s side won a thrilling match against Ferencvaros 3-2.

It is the last chance saloon for Celtic as they face the German side on Thursday.

Gerard Seoane has several players out for the factures against Celtic. Timothy Fosu-Mensah (ruptured crucial ligament) and Julian Baumgartlinger (knee surgery) are both long-term absentees for Leverkusen.

Other players out with injury include Charles Aranguiz (calf injury) and Karim Bellarabi (torn muscle fiber).

Ange Postecoglou will be without players facing long-term layoffs, including center-back Christopher Jullien out with a knee injury since December 30th 2020, and winger Karamoko Dembele out with an ankle injury since July 14th.

Celtic will also miss Tom Rogic; the attacking midfielder is nursing a hamstring injury. Center-back Carl Starfelt is also out with a hamstring injury for Celtic making it unlikely he will feature against Leverkusen.

Seoane’s side plays in a traditional 4-4-2 with Adli and Wirtz playing as a twin-striking partnership; their chemistry will be crucial again as Leverkusen host Celtic.

The two Celtic center-backs will be crucial to Ange Postecoglou’s men taking anything from this match.

Given they conceded 4 the last time they played Celtic, the spotlight will be on them to see how they cope.

Expect Leverkusen to set the tempo of the match with the pressing and the running. Celtic will likely play reservedly, keep spaces in behind to a minimum and look to play on the counter attack.

Gerard Seoane’s men will have too much for the Scottish side. Leverkusen will take all three points.

Make sure to bet on Leverkusen vs Celtic with 22Bet!