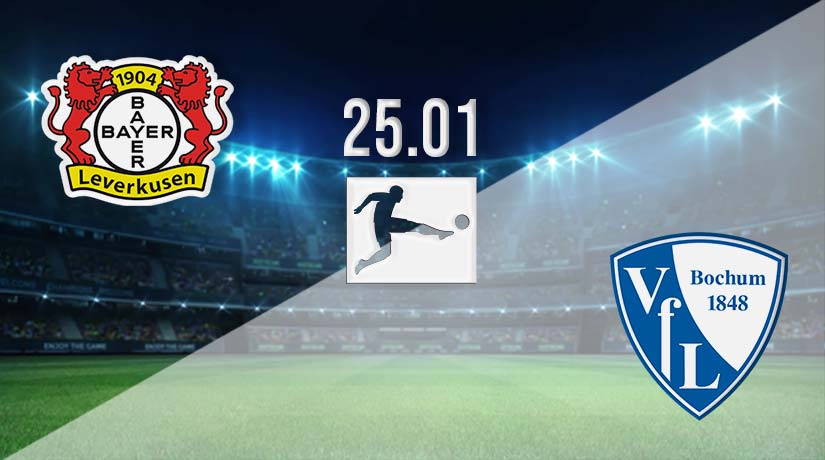 Bayer Leverkusen come into this Bundesliga fixture in fine form, as they have recorded four straight wins. They will be bidding to extend that winning sequence against Bochum on Wednesday, but the visitors will also be looking for a fourth straight win.

There should be an exciting match in prospect in Leverkusen on Wednesday evening, as two of the in-form sides in the Bundesliga lock horns. Xabi Alonso has done an excellent job since taking over at Leverkusen, as he has safely navigated the team away from the bottom three positions in the standings. They now sit ninth overall, and are just eight points off the European spots. They have picked up victories in each of their previous four, giving them a six-point advantage over the relegation places.

Leverkusen looked incredibly strong on their return to Bundesliga action on Sunday, as they picked up a 3-2 away win against Borussia Monchengladbach. Mitchel Bakker and Amine Adil scored goals in the first half, before Nadlem Amiri added a third goal just before the 70th minute. Gladbach did look to get back into the game, but their two efforts came too late to mount a comeback.

Despite sitting 14th in the standings, Bochum will be incredibly happy with their recent form in the Bundesliga. They have picked up three straight victories, which is as many wins as they had managed in their previous 13. Bochum remain just a point above the relegation playoff spot, meaning that they will need to maintain their strong form.

The German side was strong on their return to action, as they picked up a 3-1 home win against Hertha Berlin. Phillip Hofmann scored twice in that victory, while Keven Schlotterbeck also added a goal on the stroke of half time.

Leverkusen has picked up victories in 18 of the 27 home Bundesliga matches that they have played against Bochum. Furthermore, they have scored at least once in each of their previous 18 home fixtures against their rivals this week.

This looks to be a very interesting game in the Bundesliga this week, as both Leverkusen and Bochum are in strong form. They both will look to play on the front foot, and that could make for an exciting match for the neutral. However, we could see Leverkusen maintaining their excellent home record against Bochum with a 3-1 win.

Make sure to bet on Bayer Leverkusen vs Bochum with 22Bet!