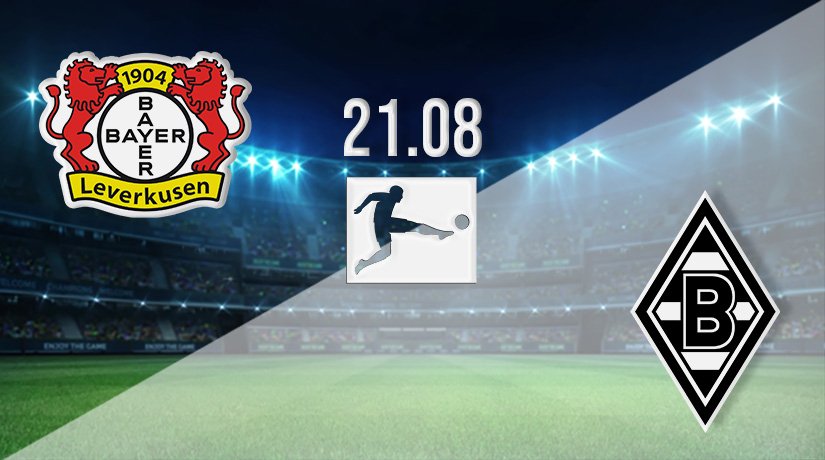 Six matches are scheduled to be played in the German Bundesliga on Saturday, with kick-off times staggered between 14:30 and 17:30. This article focuses on the main attraction as Bayer Leverkusen take on Borussia Monchengladbach in a top of the bill attraction. This is the season’s second weekend, and with both teams hoping to grab the win, an exciting 90 minutes lies ahead.

Leverkusen enjoys the home advantage in front of a capacity crowd, but millions more will be following the game live on television in Germany and worldwide. Champions Bayern Munich are favourites with the most respected pundits to defend their title in the coming campaign, but both sides involved in this clash are expected to lay down a serious challenge. Their best chance comes from winning on week one and sending out a message of intent to the rest of the league, who will pay extra attention to the result of this match.

The history books show Bayer and Borussia are no strangers to meeting in competitive action, but Leverkusen dominates the head-to-head stats. The home team are on 32 wins ahead of this renewal, with Monchengladbach showing 22 and 27 ending in a draw. The pair faced off twice last season, with Leverkusen winning each game, including a stunning 4-3 at this venue last November. Will this game follow that trend, or can Monchengladbach stop their opponent’s winning run?

Bayer off to a shaky start

Bayer Leverkusen brought the curtain up on their season with a comfortable German Cup win over Loko Leipzig on the road. It was a match they were expected to win at a canter and lived up to expectations, building confidence and getting some crucial minutes into the legs at this early stage. Bayer progressed to the next round of a competition they are one of the favourites to win with a convincing 3-0 final score. Kerem Demeribay scored a brace that day, with the first coming inside the game’s opening five minutes. Karim Bellaabi got the other goal in what was a comfortable outing.

The team then brought the curtain up on their Bundesliga campaign, but things didn’t go according to plan in that one. Bayer Leverkusen went to Union Berlin last Saturday and most followers of German football picked them to continue their winning ways against an opponent predicted to spend most of the season fighting against relegation. It was Berlin that took the lead, breaking the deadlock on seven minutes thanks to an opening goal from Taiwo Awoniyi. That goal rocked Bayer, but they got level thanks to a Moussa Diaby goal on 12 minutes in an impressive fightback.

Despite being the better team in that match, Leverkusen could not get themselves ahead, passing up a host of opportunities to score the winning goal. The team looked off the pace, and it was obvious they were still very early in the season. There’s no doubt they will improve going forward with more minutes on the pitch, but there is no getting away from the fact they have already dropped two points in the title race. Bayer must dust themselves down and come again.

Borussia Monchengladbach’s form at this point, following a cup match and Bundesliga outing, is identical to that of their hosts. They won their German Cup outing before having to settle for a draw in the first league match of the new campaign. In the cup, Borussia were sent to Kaiserslautern and were strong favourites with the pundits to come away with the win and keep their dreams of lifting the cup alive. They did get the desired result, but the performance wasn’t as strong as fans would have hoped for, winning 1-0 thanks to a goal from Lars Stindl scored on 11 minutes.

Borussia targets a top-four finish in the Bundesliga and a place in next season’s Champions League, but they also have a team strong enough to challenge for the title, and they showed that in the first game of the season. The fixture list couldn’t have been any harsher on Monchengladbach, with defending champions Bayern Munich the opponent on matchday one. Borussia were the home team and were out to prove they could match FCB stride for stride. They did that and snatched a point from a match most expected them to lose.

Borussia took the lead with 10 minutes played with Alassane Plea hitting the net. That was a goal that stunned the champions, and confidence spread throughout the Monchengladbach support in attendance and watching the live TV coverage. Bayern haven’t become the most successful team in German football by throwing the towel in when things get rough, and they fought back to equalise just before half time with Robert Lewandowski, the scorer. A point was the right result on the balance of play, and both teams move on.

Both teams have a point on the board, so they know they can’t afford to lose this match. If either Leverkusen or Monchengladbach get the win they crave, their points tally will move to four, and that will place them amongst the front runners, but it will leave the beaten team stuck at the wrong end of the charts. One point from the first six would be a real blow to their confidence, and that’s something these sides are eager to avoid at all costs.

This should be a tense match with neither manager willing to take any unnecessary risks so early in the campaign. A draw wouldn’t be the worst result for these sides, and we could see the pair cancel each other out as they seek to improve their defence and keep a clean sheet. This will be a fascinating 90 minutes for the neutral watching live on TV.

The pre-match betting available at 22bet on this Bundesliga fixture has Bayer Leverkusen available at 2.77 with Borussia Monchengladbach trading at 3.36. The draw will net followers odds of 2.4.

Make sure to bet on Leverkusen v Monchengladbach with 22Bet!