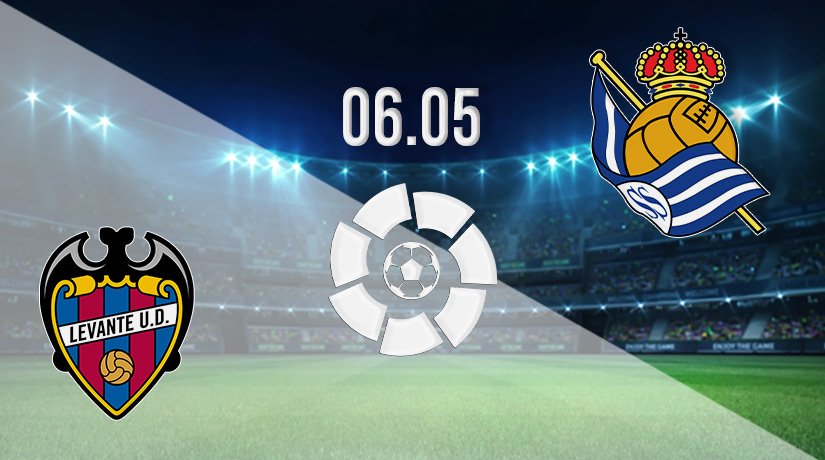 It has been a damaging period for Real Sociedad, as they have failed to win their previous three games in the Spanish top-flight. They will need to bounce back to keep any fading hopes of finishing in a Champions League place alive this weekend against Levante.

Real Sociedad’s chances of finishing in a top four place have faded drastically over their previous three games, as they have gone without a victory during that period. They now sit down in sixth place in the league standings, and are five points behind Atletico Madrid with just four games of the season remaining.

They are also one point behind Real Betis, while their direct rivals have a game in hand over Sociedad. Sociedad have been held to two draws in their previous three games. Meanwhile, they have suffered eight defeats this season, which is fewer than the number of losses recorded by Betis and Atletico.

However, last weekend’s draw against Rayo Vallecano was the eleventh tie that they had recorded this season. Alexander Sorloth put Sociedad into the lead in that fixture, before Vallecano levelled the scores with just over ten minutes remaining.

Levante face must-win fixtures every week between now and the end of the season. Their chances of staying in La Liga this season already look to be incredibly slim, as they are currently six points from safety with four games of the season remaining. No side have picked up fewer victories this season, while they have conceded a league-high of 66 goals.

They have failed to win their previous two games in the Spanish top-flight, while they have picked up just a single victory in their previous four. Last weekend, Oscar Duarte scored a late goal to earn a 1-1 draw against Valencia.

Sociedad have picked up victories in each of the last two games that they have played against Levante. However, both of those wins have been 1-0 victories in home fixtures. Levante picked up a 2-1 win in their previous home fixture against Sociedad in December 2020.

This fixture will have direct implications on both ends of the La Liga standings. However, it is hard to see Levante taking the points given the recent form that they have been in. Therefore, Sociedad are the pick, as they look for a third straight win against Levante in La Liga.

Make sure to bet on Levante vs Real Sociedad with 22Bet!