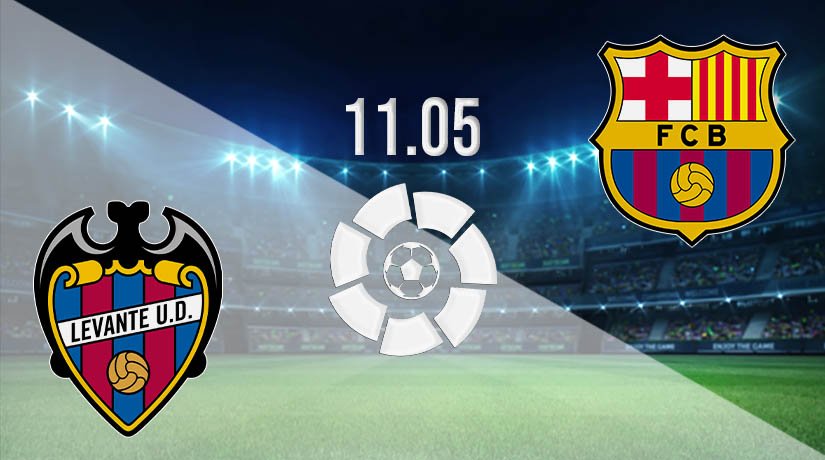 Barcelona would have felt that they missed their opportunity to take control in the La Liga title race this past weekend. However, they will need to forget about the dropped points as they travel to Levante on Tuesday evening.

Barcelona are still very much in the hunt for the La Liga title this season, but their chances of winning the title took a blow this past weekend. The Catalonian giants met Atletico Madrid on Saturday afternoon knowing that a win would have been enough for them to move to the top of the league standings. However, they weren’t able to get the win they needed, and that means that they kick off this game on Tuesday evening in third place. It still isn’t unlikely that Barcelona could end the season being crowned champions, as they are two points off the top of the league. However, they can’t afford to drop points on the road this week against Levante if they are to end the season with the domestic trophy. Barcelona have won their last two games on the road, which includes their 3-2 success at the Mestalla against Valencia a couple of weeks ago.

Levante are effectively safe from relegation this season, as they are nine points above the drop zone with three games left to play. Their superior goal difference could be key, but they may be looking for one more win to just ensure their safety in La Liga. Their recent form has been damaging, as they haven’t won in their previous five domestic fixtures. Levante have lost four times during that run of games, but they did end their losing run by picking up a draw this past weekend. Jose Luis Morales Nogales scored both goals for Levante in the 2-2 draw against Alaves.

Levante vs Barcelona Head To Head

Levante’s last win against Barcelona came back in November 2019. They have lost both games since that victory, with the most recent meeting taking place in December, as Barcelona won 1-0 at the Nou Camp.

Every game will be a must-win fixture for Barcelona between now and the conclusion of the season. We struggle to see anything other than an away victory this weekend, and Lionel Messi could be the player to score the goal to get the Catalonian side the three points that they need to move to the top of the league standings.

Make sure to bet on Levante vs Barcelona with 22Bet!