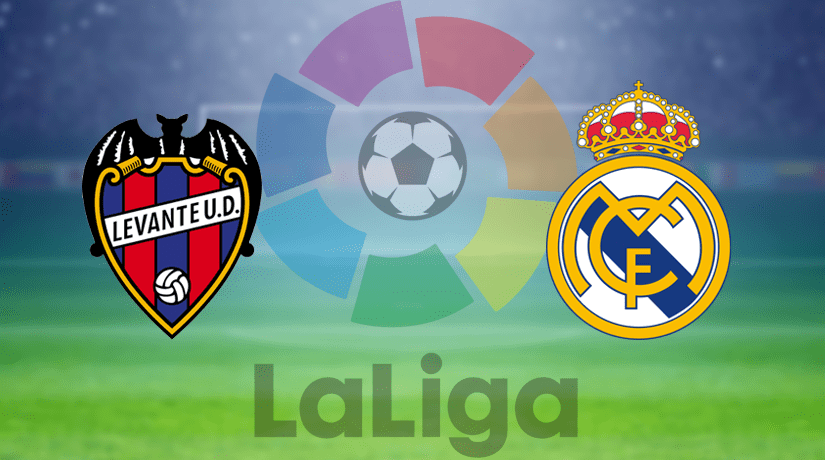 The La Liga title race took an unexpected twist last weekend, as Real Madrid were held at home by Celta Vigo. They will be looking to get back to winning ways this weekend as they travel to Levante. Zinedine Zidane and his squad will know that only three points will be enough to ensure that his side stays at the top of the league.

Real Madrid have enjoyed an excellent campaign this season, but they will have to stop drawing matches that they should be winning if they want to win their first La Liga title since 2017. Last weekend’s draw with Celta Vigo made it apparent that there are still some troubles at the Bernabeu this season, as that was a game that many expected to be no problem for Real to win.

Zidane’s side came from behind to take the lead after goals from Toni Kroos and Sergio Ramos. However, they were denied the three points with five minutes remaining as Santi Mina scored just his second goal of the season for Celta. Real dominated the possession in the game, as they boasted 66% of the ball, however, they only managed four shots on target. Their dropped points coupled with a win for Barcelona means that the gap at the top is back down to one point. This is a vital game for Real, and they can ill-afford to drop any more points.

Levante are still in a precarious position at present as they are just eight points above the relegation places. Their situation hasn’t been helped by their recent form as they have won just one of their last five league games. Only Mallorca have lost more games this season than the 13 that have been recorded by Levante. Defensively they have issues, as they have conceded 36 goals this campaign, which is an average of 1.5 per game. Their last outing in La Liga was a 2-1 defeat at the hands of Villarreal, as Moi Gomez scored the winner for the Yellow Submarine just four minutes after Borja Mayoral had equalized. It could be another testing game for Levante against Real Madrid.

Real Madrid holds the dominant record over Levante in the head to head record as they have won on 16 previous occasions. Levante have recorded four wins, while there have been three draws. Real average 2.6 goals per game against Levante, and they won the meeting earlier in the season 3-2.

Ruben Rochina, Hernani, Oier Olazabal and Cheick Doukoure will all be missing for Levante. Nemanja Radoja may be fit enough for a place on the bench.

Marco Asensio remains out for Madrid, while James Rodriguez could be back on the bench.

Real Madrid were given a warning last weekend that they should take the lesser sides more seriously in La Liga, and they will highlight this weekend that they have learned their lesson. This will be a comfortable win for the league leaders.