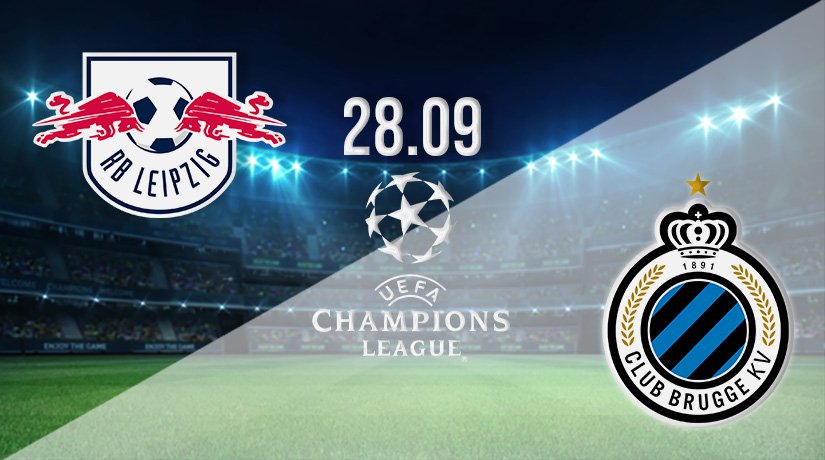 Matchday two in the Champions League takes place this week, and two sides that are likely going to be in a battle for third in Group A meet at the Red Bull Arena, as Leipzig host Club Brugge.

If there was a dark horse in Group A for qualification, it would likely be RB Leipzig. However, they come into the second round of games as the only side yet to pick up a single point so far. Leipzig were hammered in a very entertaining game at the Etihad on matchday one, as they went down to a 6-3 defeat against Manchester City. The only positive that could have been taken from that performance was the hat-trick scored by Christopher Nkunku. It was an excellent display from the forward, as he was able to at least put an ounce of respectability on the scoreline. Leipzig will need to improve at the back though if they are to stand any chance of reaching the next round, as City broke through with ease on countless occasions throughout that fixture.

Club Brugge present a very different kind of threat for Leipzig this weekend, as they have the character to fight for every ball. There was evidence of that on matchday one, as they fought back from a goal down against Lionel Messi’s PSG. The French giants went ahead after 15 minutes, but Brugge fought back into the game, and levelled the scores before the half hour mark through Hans Vanaken. Brugge allowed PSG to have the majority of the possession in that game, as they were happy to play on the counter-attack. That is a tactic that they will likely use again for this fixture on Tuesday.

Leipzig have never previously come up against Brugge in a competitive fixture. It will also be the first time that they have played against a club from Belgium. Meanwhile, Brugge have a bad record against German sides, having failed to win in each of their last ten.

Leipzig’s home form in the Champions League has been excellent, as they won all three games that they played in the competition last season. Their confidence would have been boosted with a huge win at the Red Bull Arena in the Bundesliga on Saturday, and would be our pick to get the win this week.

Make sure to bet on RB Leipzig vs Club Brugge with 22Bet!