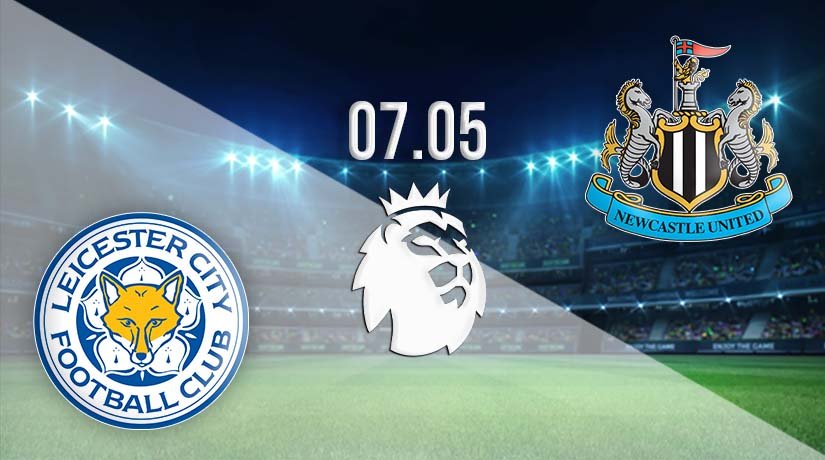 Leicester City will welcome Newcastle United to the King Power Stadium on Friday evening, as they look to pick up another three points to take them closer to the Champions League.

It has been an excellent season for Brendan Rodgers and his team to this point, but they will be aware that there are still challenges awaiting them before the campaign ends. They will already have one eye on the FA Cup final against Chelsea in a couple of weeks, but they still need to confirm their place in the top four. The Foxes look good value to seal their spot in the Champions League positions this term, as they have a seven-point advantage over fifth-placed Tottenham.

There are just four games of the season remaining, but the Foxes will be aware that they have a tough run of fixtures after this clash with Newcastle on Friday. Leicester will feel as though they missed an opportunity last time out, as they were held by Southampton. Jonny Evans scored the equaliser in the game at St Mary’s. They will need to bounce back this weekend to avoid getting dragged into a scrap for a top-four place.

Steve Bruce will feel as though his side need one more win to assure their place in the Premier League for next season. The Toon have a nine-point advantage over Fulham, but West Bromwich Albion will also be looking to keep their hopes alive and Newcastle could kick off just eight points ahead of the Baggies. It would take a fairly large capitulation for the Magpies to be relegated this season, but they don’t have the best run of fixtures to end the season. Bruce’s side have lost just once in their last five, with that defeat being suffered against Arsenal last time out.

Newcastle have lost their last four against Leicester in all competitions. The Toon have scored just one goal in their last three meetings against the Foxes, with that effort coming in their 2-1 defeat earlier in the season. Leicester won the last meeting between the sides at the King Power 5-0.

There will be a little bit of pressure on Leicester coming into this fixture, as defeat could make for a difficult end to the season. However, we expect the Foxes to pick up a straightforward win.

Make sure to bet on Leicester City vs Newcastle United with 22Bet!