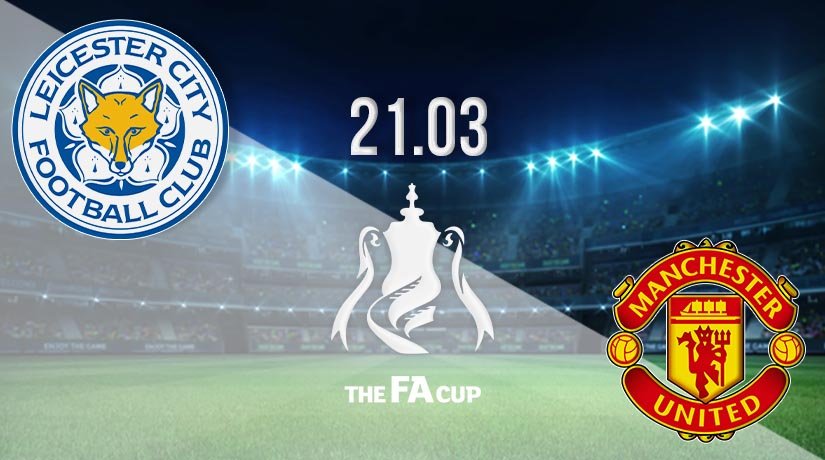 The tie of the round in the FA Cup quarterfinals takes place on Sunday afternoon, as Manchester United make the trip to the King Power Stadium to take on Leicester City.

Ole Gunnar Solskjaer’s aim at the beginning of the season would have been to deliver a long-awaited trophy to Old Trafford. The united boss has come close on several occasions, as the Red Devils have reached the semi-finals of four occasions under his tenure to date. However, they have fallen short on all occasions, which has led to questions about their mentality when the pressure is on. Defeat against Manchester City only raised more questions in the EFL Cup, but this will be their opportunity to prove those doubters wrong. United have been solid in the FA Cup so far this season, but they needed extra time to see off West Ham United in the last round. Scott McTominay scored the eventual winner at Old Trafford to set up this tie in the last eight of the prestigious cup competition.

Meanwhile, the only thing missing from the growth made under Brendan Rodgers for Leicester City has been a major honour. The Foxes look decent value to join Manchester United and City in the Champions League next season, as their league form has been consistent throughout the campaign. In the FA Cup they have also been consistent so far, as they have scored eight goals in the three games that they have played. The tightest game that they have been involved in so far in the competition came in the last round, as they narrowly avoided a scare against Brighton & Hove Albion. Kelechi Iheanacho scored the winner in that game in the 94th minute to avoid the extra period.

The games between these sides over recent years have been tense affairs. However, Leicester did avoid defeat against United for the first time in four games earlier in the season, as the sides played out an entertaining 2-2 draw. A late own goal by Axel Tuanzebe gifted the Foxes a draw at the King Power Stadium.

This should be an entertaining game between two very talented sides. However, United’s away record could be vital. We expect United to come out on top in the game, but there will be over 2.5 goals in the game.