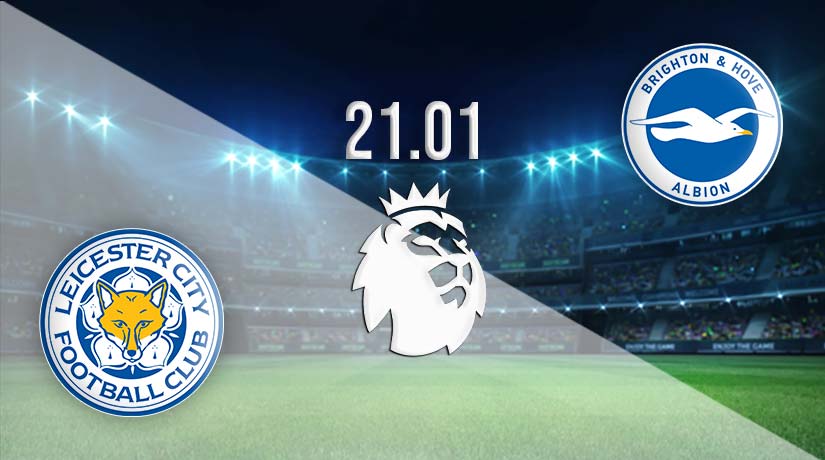 There will be a massive fixture at the King Power Stadium for Leicester City on Saturday, as they bid to end a four-game losing run. In-form Brighton are the visitors, as they look to go level on points with the top six in the Premier League.

A difficult season for Leicester City looks set to continue throughout the second half of the campaign, as they have dropped back into the relegation battle after suffering four straight defeats. There could be a toxic atmosphere at the King Power on Saturday, as away fans were making their voice heard against the owners at the City Ground last weekend.

Results just haven’t picked up for the Foxes at any point this season, and they remain locked in a battle to avoid relegation. Leicester currently sit 15th in the standings, but they are just two points above the drop zone. Only West Ham and Southampton have lost as many games as the Foxes this season, and their 2-0 defeat against Nottingham Forest last weekend has seen the slip to three points behind their local rivals.

It could yet be a very famous season for Brighton this term, as they remain on course to achieve their best ever finish in the Premier League. They sit seventh in the current standings, and have been excellent in recent weeks, having landed three wins from their previous four matches.

Brighton’s best performance of the season came last weekend, as they secured a famous 3-0 home win against Liverpool. Solly March was the hero of the afternoon, as he scored twice, before Danny Welbeck wrapped up the comfortable victory with a third goal in the final ten minutes.

Leicester vs Brighton Head to Head

Brighton has gone three without defeat against Leicester, which includes a 5-2 win in the reverse of this fixture in September. However, they are yet to record a victory at the King Power Stadium in the Premier League, having been beaten in three of their five visits.

This Saturday’s clash is a huge game for Leicester City, as they can’t afford another defeat. However, Brighton’s form throughout the season has been eye-catching, and they look to have a great chance of winning the points on the counter-attack. We could see an away win with both teams finding the net.

Make sure to bet on Leicester vs Brighton with 22Bet!