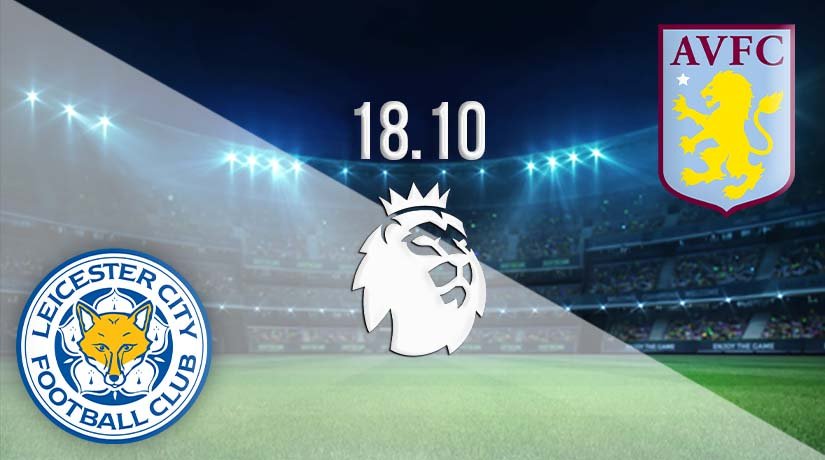 Four matches will be played in the English Premier League on Sunday afternoon with Leicester taking on Aston Villa the focus of this preview. The action begins at the King Power Stadium from 19:15 and the play will be shown to armchair football fans live on television. The Foxes are back involved in the race for a top-four finish with their opponents holding their own in the prize places.

Leicester City went agonisingly close to forcing a return to Champions League football last season after narrowly missing out on a top-four finish, losing out to Manchester United in the latter stages of the campaign. Brendan Rodgers side learned a vital lesson but will be eager to find the improvement needed to get back on track this season. They enter this round third in the league thanks to three wins and a defeat.

The Foxes won each of their first three Premier League outings but suffered their first loss of the campaign last time out when hammered 3-0 by London club West Ham at this venue before the international break. It was a match they were expected to take maximum points from, but the Hammers were good value for their victory, Antonio, Fornals and Bowen all finding the target.

Villa put seven past the champions

Aston Villa entered the weekend sitting second in the English Premier League with nine points on the board after three games. They have a 100% record and are hot on the heels of Everton who currently lead the way but have played a game more. Villa may be the division’s surprise package at this stage, but they would send out a message of intent by beating Leicester on the road.

We last saw Aston Villa in action when hammering last season’s champions Liverpool 7-2 at Villa Park on 4 October. That was the biggest upset of the season and a result followers are still trying to get over. Villa oozed class that day, taking their chances and showing other Premier League clubs exactly how to deal with Jurgen Klopp’s Reds.

The two teams are in great form but Leicester will take confidence from the fact they are the home team. Those inside the away dressing room will still be buzzing from that emphatic win over Liverpool.

Make sure to bet on Leicester vs Aston Villa with 22Bet!