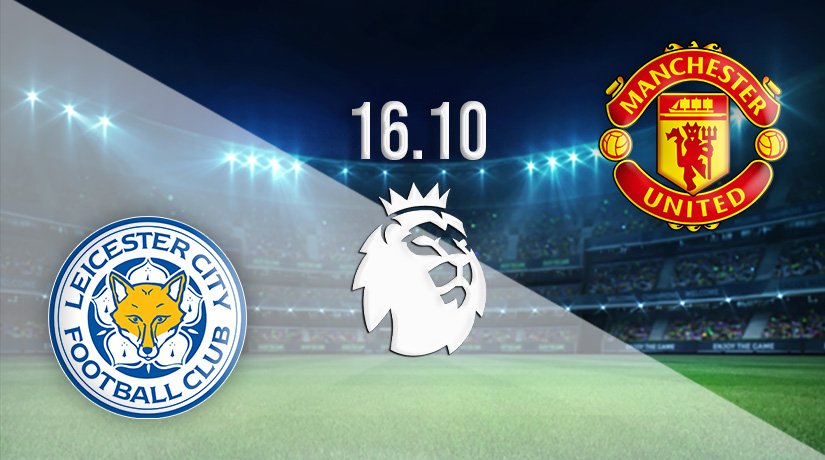 With another international break behind us, club football returns, and there’s a busy weekend of action across Europe with all the top leagues in action. It’s round eight of the English Premier League, and there are a few games of note on the schedule.

Saturday brings an interesting contest from the King Power Stadium where Leicester City welcome Manchester United to town. Both teams have experience of winning the Premier League and will be eager to claim the three points up for grabs here to ensure they remain in the hunt for the prize places in this campaign.

The Foxes started the season hoping to break back into the top-four and return to Champions League football, but a slow start means they have a huge job ahead of them if they are to improve on last season’s efforts.

Winless in their last four at this level, Leicester are much closer to the relegation zone than the European places. Man Utd start the weekend in fourth place, but they are winless in their two most recent league games, taking just one of the last six points on the line.

These teams met three times last year in league and cup duty, with Leicester holding on to an unbeaten record. The head-to-head stats from the previous campaign showed Leicester enjoyed near dominance, winning two and drawing the other.

That run includes a strong 3-1 win when last welcoming the Red Devils to town. The stats show Man Utd are winless against Leicester since July 2020. Will that run continue, or can United stop the rot?

Leicester City fans never do know what to expect from their team in the opening exchanges of a season. They have cheered on strong starts as Brendan Rodgers’ side have contested pole position, and they have worried through a sluggish opening period.

Neither has defined their season, and regulars at the King Power will be hoping that proves to be the case again this time as Leicester have been awful. The Foxes are stuck down at the wrong end of the table, playing poor football and conceding goals at an alarming rate.

Heading into the weekend, we find Leicester in 13th with stats of two wins and two draws against three defeats, scoring nine goals but conceding a dozen in their opening seven games. They are without a win in their last four outings, taking just two of the last 12 points that have been available to them.

That sticky spell reads lose, lose, draw, draw. From Rodgers to the players, everyone at Leicester knows they must turn things around quickly if they are to be pushing for the European places come spring.

The hosts have drawn each of their last two league matches, following a 2-2 at this venue when hosting Burnley in their final game of September before opening October with a frustrating 2-2 away to Crystal Palace in London.

Four goals conceded in just two games is very unlike a Rodgers side, and the manager will be working tirelessly behind the scenes to get to the root of the problem and stop his team from conceding cheap goals before Manchester United arrive in town.

Man Utd are in the mix

Having finished third in the Premier League, then second, and ending as runners up in the Europa League since Ole Gunnar Solskjær took charge, it’s plain to see the young manager is moving his club in the right direction.

He still has his fair share of critics, and that will never change at a club the size of United, especially when they are splashing the cash in the transfer market in an attempt to get back to being champions of England. Fans and members of the board with a little more patience understand it’s a work in progress and believe Ole is the man to take the club forward.

Heading into matchday eight, Man Utd can be found in fourth place with stats of four wins and two draws against one defeat, scoring 14 goals and conceding six.

Taking a closer look at those numbers, we see the Red Devils boast a good attack and a strong defence, but they journey to the King Power Stadium winless in their last two games, following what was their first defeat of the campaign with a draw last time. Fans will demand the players get back to winning ways at the earliest opportunity.

The one defeat on United’s copybook was inflicted by Aston Villa at Old Trafford last month in what was a real shock to followers of the formbook. Since losing to Villa, they have gained a revenge win over Villarreal in the Champions League and finished 1-1 at home to Everton last time out.

The Toffees are a decent side, capable of taking points off any team at this level, but that will go down as two points dropped at home after Martial scored on 43 minutes to give United a lead. Better is required.

This may be a meeting of two teams that are out of form, but it should be an entertaining match as both the Foxes and Red Devils battle to get back on track with three points.

Leicester holds the home advantage and has the measure of United on the recent head to head form. They are good enough to bag three points at home but must improve their defence if they are to do that.

Man Utd are much higher in the league than their hosts, and for a good reason. They have been the better team and, barring a minor slip in the last two games, look capable of challenging for the title this season and making it to the knockout rounds of the Champions League.

If they are at their best following the international break, they should have enough skill to get an important win.

Make sure to bet on Leicester v Man Utd with 22Bet!