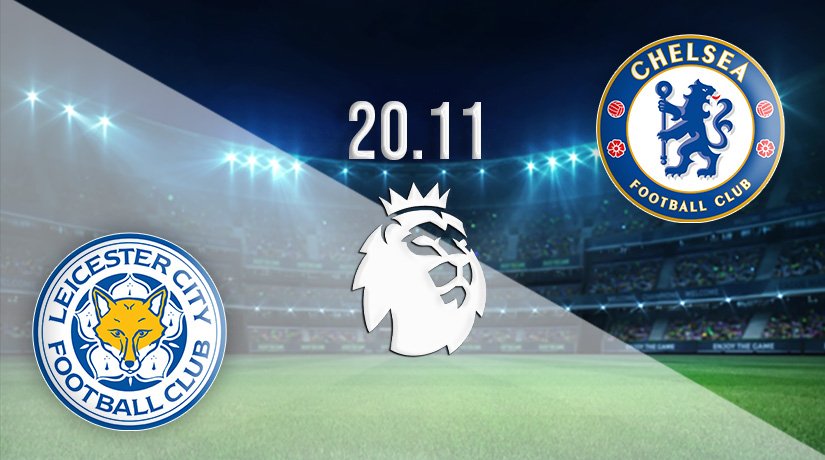 There was success for England during the international break as the Three Lions booked their place at the World Cup in Qatar which begins in November. Until then, we return to league action and now have an uninterrupted Premier League campaign to look forward to between now and the end of the year.

The festive period is always crucial in deciding which team wins the league or finishes in the top four, but there’s work to be done over the next few weeks before getting into that. This weekend pairs Leicester City and Chelsea at the King Power Stadium in a game you can follow live on television from 12:30 GMT on Saturday.

The home team narrowly missed out on a top-four finish and involvement in the UEFA Champions League but have struggled to match last season’s standards in the early exchanges of this campaign.

Brendan Rodgers’ side enters the weekend down in the bottom half of the table and now host an opponent that is flying high at the top of the table. Chelsea is looking for a win that would see them open a six-point advantage over the chasing pack. Will they achieve it?

The Foxes and Blues met three times last season in the league and cup. Leicester won two of the three with the spare ending in a narrow win for Chelsea.

The most recent meeting came at Stamford Bridge in May when Chelsea secured a hard-fought 2-1 win thanks to goals from Rudiger and Jorginho before Iheanacho fired a consolation for the beaten side. The stats show us that was the first match both teams scored in four meetings and another tense 90 minutes awaits the teams.

Leicester is a team usually known for their consistency and ability to go on long unbeaten runs under Rodgers, but that hasn’t been the case this season. The team returns from the international break stuck down in the bottom half of the division, sitting closer to the relegation zone than the Champions League places.

There’s still plenty of football to be played this season, and the Foxes have the players in their pool, and the manager needed to help them climb the ladder, but fans will want to see that fightback start soon. The home side is 12th in the league but could jump above Manchester United into the top six with a win at the King Power in this early afternoon kick-off.

Leicester have won four games, drawn three and lost four to date, scoring 16 goals but conceding 18. They have allowed more goals against them than Burnley were are third from the bottom of the league and stuck in the relegation zone with the threat of losing their Premier League membership.

That is something Rodgers and his backroom staff must address and would have been working on during the international break. A tight defence is often the difference between a midtable team and one pushing for a European finish.

Followers have watched on as their beloved side has struggled to nail down any consistency in the opening 11 games of the season. Their last five is made up of two wins, two draws and a defeat, but they are without a win in their last two games, taking one point from the six that have been available to them.

Improvement is needed, and the fans that pack themselves into the King Power Stadium will demand much better from every player on the field.

Chelsea entered this season as the Champions League winners and wanted to add the Premier League title to their trophy haul. The Blues haven’t been a force in England in terms of challenging for the trophy in a few seasons as Manchester City, and Liverpool have dominated, but all that could be about to change.

The famous club from West London head into this game on top of the Premier League table and the favourites with many pundits and former players to hold their ground and win the trophy. Chelsea has started well. The pressure is now on to maintain their great form and finish the year on top.

The form of the London side shows they have eight wins, two draws and just one defeat with 27 goals scored and four conceded. It’s no surprise to see they are in the number one slot at Chelsea have the best defence in the league. They are difficult to break down, organised and the players are willing to put their bodies on the line for the cause.

Everything is built off a solid backline, and that has been the secret to their success. If they are to win away from home on Saturday, they will require that sturdy backline to be at their best again.

Despite winning four and drawing one of their last five games, taking 13 points from the 15 available, the spare level finish did come in their most recent start. The league leaders were held to a shock 1-1 draw by Burnley at Stamford Bridge, a match they were expected to win by a comfortable margin.

Havertz handed Chelsea the lead on 33 minutes, and fans of both teams thought the floodgates would then swing open. That wasn’t the case and, despite Chelsea creating plenty of chances in the second half, it was Vydra that found the net, striking an equaliser near the end to rescue a point for the struggling Clarets.

The home team are under pressure following their miserable recent run of form. They will be well aware of the dangers posed by Chelsea and what another home defeat could do to their chances of finishing in the European places, but they’ll also be aware of what Burnley achieved.

Chelsea is a good attacking team and strong in defence, but they are also not unbeatable. If Leicester is at their best, they have a chance.

Everyone connected to the league leaders will be disappointed at dropping two points at home to lowly Burnley and will want to see an improvement.

They will demand that the squad makes a quickfire return to winning ways and puts on a show in the process. If they have their shooting boots on, it wouldn’t be a shock to see Chelsea win this game and impress the global TV audience.

Make sure to bet on Leicester v Chelsea with 22Bet!