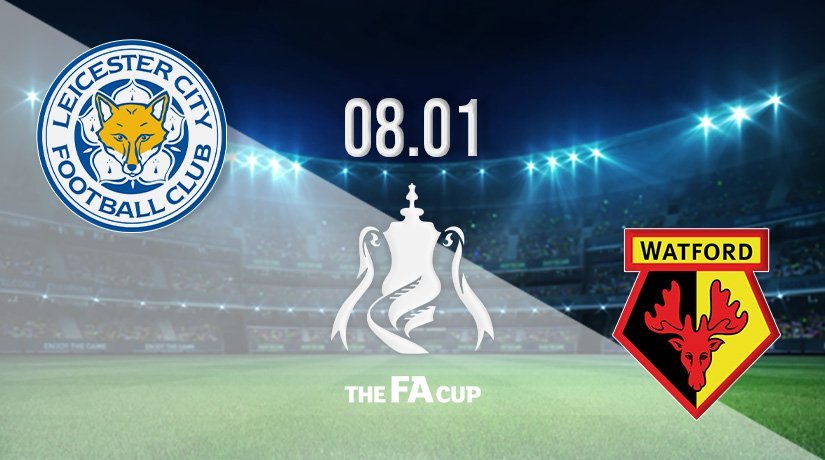 FA Cup holders Leicester City begin their defence with an all Premier League tie at the King Power Stadium on Saturday afternoon. Struggling Watford are the visitors, as the Hornets look to reach the FA Cup final for the second time in five years.

There is a fair bit of recent FA Cup history between Leicester City and Watford. The latter reached the final of the competition for the second time in their history in 2019 before being beaten by Manchester City. Meanwhile, Leicester City got their hands on the famous trophy at the end of last season.

Both sides enter the competition at this stage, with Leicester enduring an inconsistent season to this point. The Foxes are way off the pace for a battle for Champions League positions this season, and their best route back into the Europa League could come through winning the domestic competition this term.

Leicester have won two of their last three league games, with their most recent success coming in their final game of 2021. The Foxes famously beat Liverpool at the King Power, with Ademola Lookman scoring the winning goal just before the hour mark.

The FA Cup will be a welcome distraction for Watford this weekend, as they have been in terrible form in the Premier League over recent months. Watford are looking uneasy in the relegation battle and they sit just two clear of the drop zone having played a game more than the side directly below them in the standings.

This will be the first FA Cup meeting between the sides since February 1982 when the Foxes ran out 2-0 winners. Leicester have also knocked out the Hornets in each of the last three meetings, while the Foxes have won their last six home matches against Watford.

This could be one of the most straightforward games to predict in the FA Cup this weekend. The Foxes have been in good form in domestic cup competitions in recent seasons, and boast an impressive record against the Hornets. For those reasons, it looks hard to see past a win for the hosts at the King Power.

Make sure to bet on Leicester City vs Watford with 22Bet!