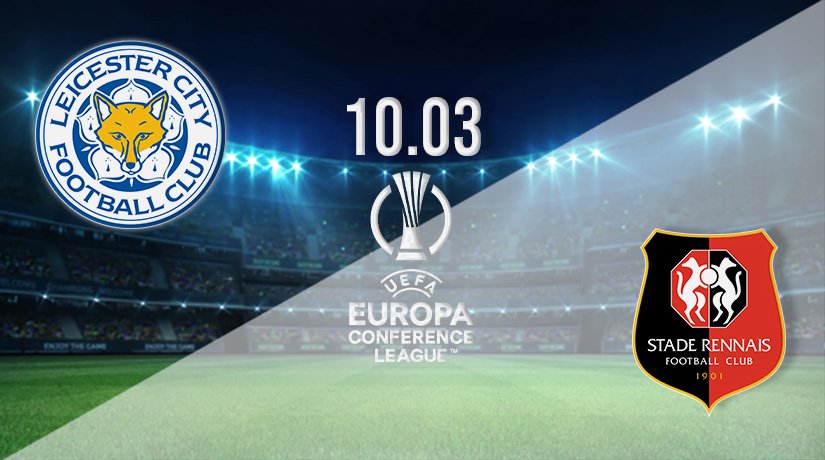 Leicester City remain in contention to win a major European honour this season, but it comes in the form of the Europa Conference League instead of the Europa League. They come up against French side Rennes in the first leg of their round of 16 tie.

Leicester City are beginning to find some consistency in this second half of the season, as their performance levels are gradually improving. That bolds well for their chances in this competition in the second half of the campaign, as they look to win a third piece of silverware in 12 months.

Leicester fell into the Europa Conference League after finishing third in their Europa League group, as they finished with just eight points. That meant that they finished two points behind Napoli. However, they made a seamless transition into this competition in the previous round, as they easily got past Randers.

The Premier League side were 4-1 up after the first leg and pressed further ahead with a comfortable 3-1 success in the second. James Maddison scored twice in the second leg, while Harvey Barnes also netted.

Rennes have been excellent in the Europa Conference League to this point, as they topped Group G. That looked a pretty challenging assignment on paper, as they were drawn against Tottenham hotspur and Vitesse. However, they went six without defeat in the group stages, and picked up four wins.

They were the highest scoring team in the group, and also boasted the best defensive record, as they only conceded seven goals. This will be another big test for them this week against Premier League opposition.

These two sides haven’t previously met in UEFA competition. Rennes last came up against English opposition in the group stages, as they drew 2-2 with Tottenham in France. The return game in North London was postponed due to a COVID-19 outbreak in the Spurs camp; giving Rennes a 3-0 win.

Both sides will be hopeful of progressing through this round in the Europa Conference League. Leicester may as well go for this competition as they look unlikely to finish in the Europa League places in the Premier League this term. The Foxes have the better players, and if they can maintain the form that they have shown recently, we expect them to win at the King Power.

Make sure to bet on Leicester City vs Rennes with 22Bet!