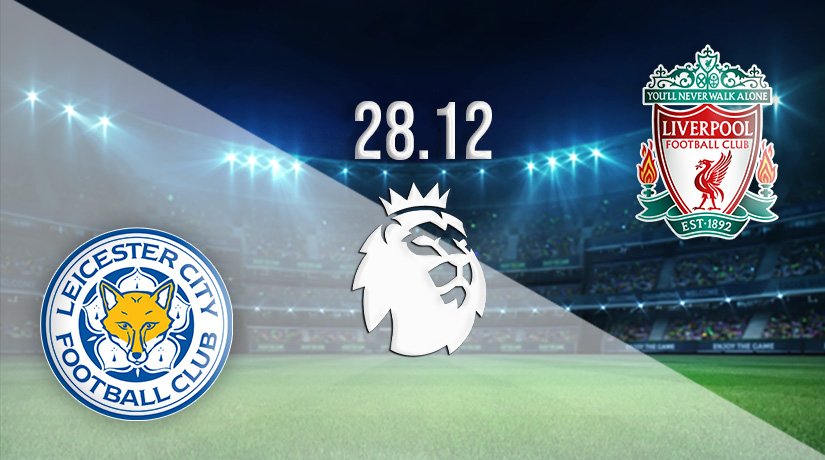 Fresh after the pulsating 6-3 defeat at the hands of league leaders Manchester City at the Etihad Stadium, Leicester City are back in action at home to Liverpool, the side second on the table, on Tuesday at 21:00 GMT.

Can Leicester Recover from the Heavy Defeat at City to Trouble the Fresh Liverpool?

Brendan Rodgers will be having nightmares about the way his side let in six goals, albeit to the flying Manchester City.

Leicester City were cut open time and time again on Boxing Day, with the three goals they scored only adding to the allure of the game to neutrals. Rodgers will know that his side need to improve fast before facing Liverpool’s attack on Tuesday.

Can Liverpool Keep Pace with the Flying Manchester City at the Top of the Table?

Jurgen Klopp’s side had their Boxing Day fixture against Leeds United postponed due to a Covi-19 outbreak in Marcelo Bielsa’s side.

Klopp, who is not a fan of the congested festive season football calendar, will be facing a Leicester City side that played the champions just 48 hours earlier. This is likely to play to the advantage of the well-rested Liverpool stars.

Having fallen six points behind Guardiola’s league leaders, the Merseyside team will be looking to take all three points at the King Power stadium to maintain pressure on Man City.

Brendan Rodgers’ side have had a stop-start run in the league so far this season. In the last six rounds of fixtures, the Foxes have won two, drawn one, and lost three matches; they have collected 7 points from the available 18.

The Foxes will need to improve their form and performance levels to stand a chance of taking anything from the Reds on Tuesday.

Liverpool have been flying in the league in recent matches. They have won five and drawn one of their last 6 rounds of fixtures. Klopp’s men have collected 16 points from the available 18.

This run of form is only bettered by Manchester City’s 100 percent run in the last six matches.

Being 6 points behind City on the table, Liverpool cannot afford any slip ups, and the match at the King Power Stadium will be crucial for their hopes of overhauling the flying Etihad Stadium side.

Right-back James Justin is out of selection with an injury to his cruciate ligament, whereas center-back Wesley Fofana is out for the long term with a fractured fibula.

Rodgers will also be without Nampalys Mendy; the defensive midfielder is nursing a groin injury. Right-back Ricardo Pereira is also a doubt with a hamstring problem.

Left-back Andrew Robertson will serve the first match of his suspension against Leicester City.

Leicester City will need all their firepower to trouble the Liverpool defense. Given the prolific nature of the Liverpool attack, Brendan Rodgers’ side will almost need to score to stand a chance of taking anything from this match.

Kelechi Iheanacho has the physique, finishing potency, and movement to trouble the van Dijk-marshaled Liverpool rearguard. Whether he plays with Perez or Vardy upfront, he will be essential to Leicester on Tuesday.

Atop the top scorer log this season already with 15 goals, Salah is a crucial cog in the Liverpool attacking machine. The Egyptian international also has 9 assists to add to his 15 goals in 18 appearances this season.

Liverpool are a fearsome prospect when Salah is playing and is in full flow. He will be a core attraction in the match against Leicester.

Liverpool will have an advantage in this match given they missed their Boxing Day fixture, whereas Leicester were involved in an energy-sapping match against Man City. Add to the quality they possess across the group, the most likely scenario will be Klopp’s side taking all three points from the King Power Stadium.

Make sure to bet on Leicester City vs Liverpool with 22Bet!