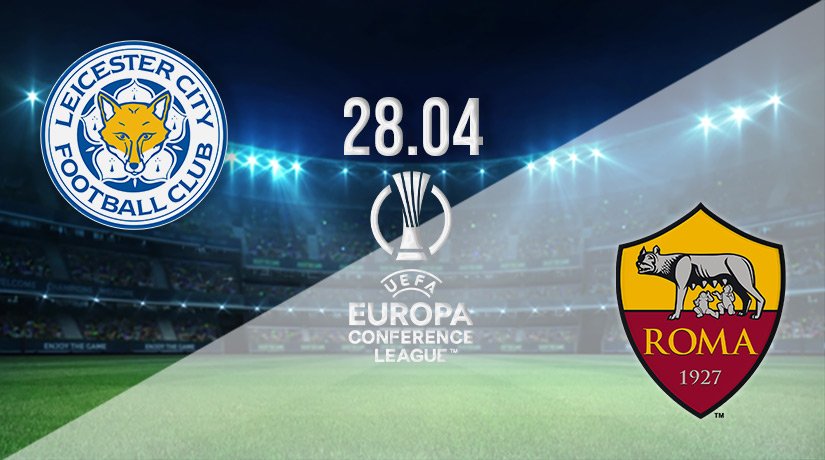 Leicester City vs AS Roma Prediction: Conference League Match on 28.04.2022

This is the tie of the round in the Europa Conference League, as both Leicester and Roma will be targeting European success this season. Both sides will have very solid chances to win the competition, but the first leg will be critical in determining the side that makes it through.

This season certainly hasn’t been the campaign that Leicester City would have been hoping for. The Foxes sit down in tenth in the Premier League standings, and victory in the Europa Conference League appears to be the only way that the Foxes will be playing European football next season.

Leicester has never won a major honour on the continent, and will be looking to cap a famous 12 months with success in the Europa Conference League. It would be the third trophy that they have won during that period, as they also claimed victories in the FA Cup and Community Shield.

Leicester dropped into this competition after finishing third in the Europa League group, but has overcome some stiff challenges to reach this stage. In the previous round, Leicester needed goals in the final 13 minutes from James Maddison and Ricardo Pereira to see off PSV.

Roma have also never previously won a major European honour, and they will be looking to win silverware for the first time since 2008’s Coppa Italia victory this season. The Europa Conference League is the one European trophy that Jose Mourinho hasn’t yet won, and the Portuguese will be hopeful of changing that this season.

Roma banished the ghosts of their 6-1 defeat against Bodo/Glimt in the previous round, as they eventually came through that nervy quarterfinal tie with a 4-0 home success in the second leg. Nicolo Zaniolo scored a hat-trick in that win, while Tammy Abraham also bagged himself a goal.

Leicester City vs AS Roma Head to Head

This will be an historic first meeting between Leicester City and Roma this week. The two sides have never previous clashed in a European tie.

Leicester City vs AS Roma Prediction

The first leg will be crucial in determining the side that makes it through to the final of the Europa Conference League this season. Leicester will be looking to make home advantage count, but I could see the outcome from the first leg being a draw, just as it was when Napoli visited the King Power earlier in the campaign.

Make sure to bet on Leicester City vs AS Roma with 22Bet!