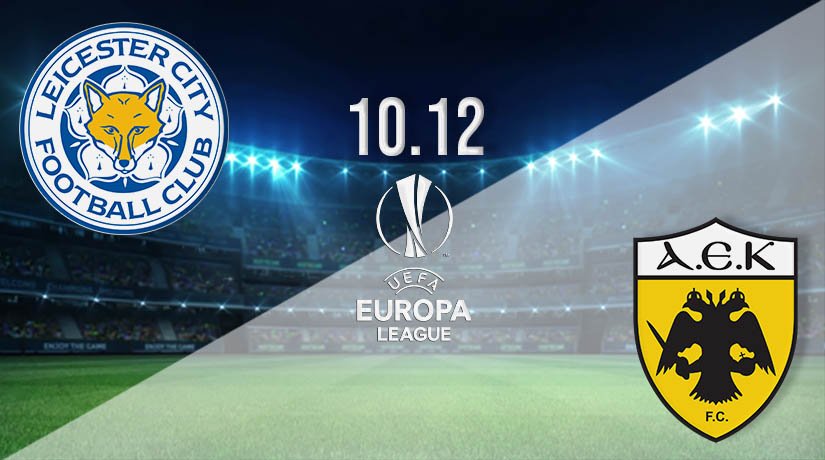 The matter of the team finishing Group G as group winners is the only thing that is left to be decided, and Leicester will be looking to complete the job when they welcome AEK Athens to the East Midlands on Thursday.

Leicester City and Braga have already booked their place in the next round of the Europa League, but the team that will be finishing Group G as the winners is still to be decided. The Foxes hold the big advantage over Braga, as they will just need to match the result of their opponents on the final matchday. The Foxes will be considered one of the side’s that many will want to avoid in the next round of the competition, as they have players in the final third that can trouble any side. They have proven too strong throughout this group so far, as they have picked up ten points from the five games that they have played. Leicester have won three of their fixtures in the competition, and have scored 12 goals in the process.

It has been a different story for AEK Athens this season in the Europa League, as they have won just won game in the five that they have played. That terrible form means that it is likely that they will be finishing the group stages at the bottom of the group. Athens have lost four of their five games, which includes a defeat to Leicester City on matchday two. Jamie Vardy scored in that game, and the key will be keeping the English striker quiet in this game. It will be a more difficult fixture for Athens on this occasion, as they will be playing away from home.

There will be a boost for AEK Athens coming into this game, as they will have a fully fit squad to select from. There are no fresh injury concerns ahead of the trip to the East Midlands. Meanwhile, Leicester will still be missing a number of first team players, including Caglar Soyuncu and Ricardo Pereira.

AEK Athens have struggled to put together any positive results in the Europa League so far this season, and it is hugely likely that they will end with another defeat against Leicester City. The Foxes will be determined to finish top of the group.

Make sure to bet on Leicester City vs AEK Athens with 22Bet!