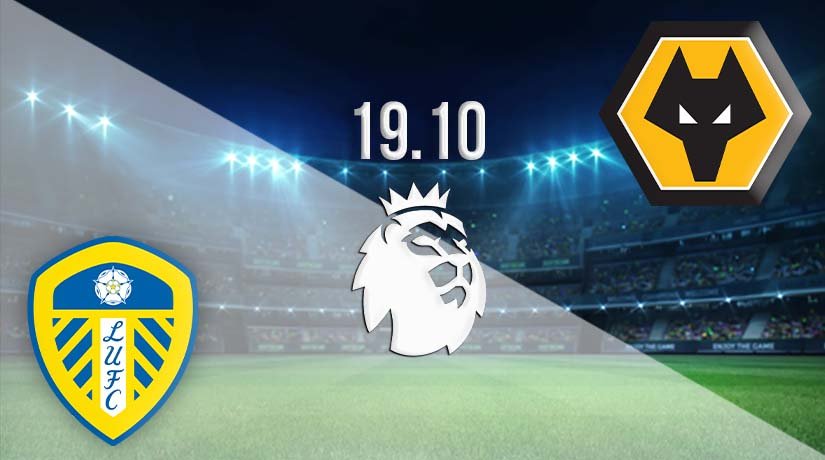 Two Premier League matches are scheduled to be played on Monday evening with followers set for an exciting start to the week. In this article, we focus on matters at Elland Road were local side Leeds United host opponents Wolverhampton Wanderers in a live TV match set for a 20:00 GMT kick-off.

Leeds United were promoted from the Championship as league winners last season and have had no trouble adjusting to life in the top tier of English football. They set-up for this match with their form so far showing two wins, one draw and a single defeat, scoring nine goals but conceding eight at the other end. The early signs are that Leeds United will be an exciting addition to the Premier League but if they are to compete for the prizes they must learn to defend better.

The hosts are unbeaten in their last three, following back-to-back wins with a hard-fought draw before the international break. They were edged out by Liverpool in the first game of the season before responding to defeat Fulham 4-3 at this venue and Sheffield United 1-0 at Bramall Lane. The Peacocks went into the international break with an impressive 1-1 home draw against Man City.

Wolves enjoyed one of the most memorable seasons in the club’s history last term and look well placed to build on that success and close the gap on the top-four. The visitors can be found sitting 13th in the table having won two and lost two games so far, scoring four goals but conceding seven. The six points earned means they are just one behind Spurs in sixth and three off the pace of Arsenal who are perched in the Champions League places.

Wanderers suffered back-to-back defeats but did get on track with victory in their most recent outing, responding to edge London club Fulham 1-0. They earned the points that day thanks to a goal from Neto that was scored early in the second half.

Leeds United have already proven they belong at this level and can get another win at home. Wolves are yet to hit top gear but anywhere near their best will see them compete for the points.

Make sure to bet on Leeds vs Wolves with 22Bet!