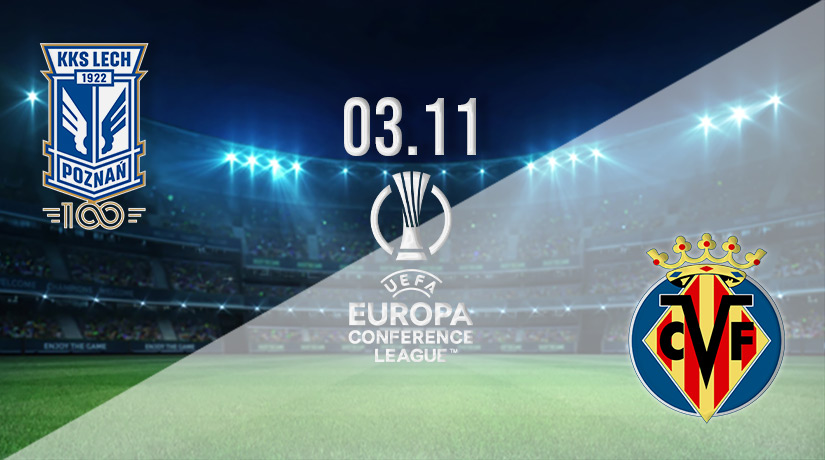 Villarreal has already assured their spot in the next round of the Europa Conference League this term, but Lech Poznan will be looking to join them in the knockout stage. However, the home side will need to pick up some important points in this fixture if they are to achieve that target.

The team that looked set to top this group when the draw was made has made extremely lightwork of following through. Villarreal has been the commanding team in Group C of the Europa Conference League since the first ball was kicked, as the Spanish side has picked up four wins from the five matches that they have played. They are yet to suffer a defeat in the competition this term, and they have scored an incredible 14 goals to this point.

Villarreal’s winning streak in the competition did come to an end last week, as they played their first match without Unai Emery. The Spanish side were held to a 2-2 home draw against H-Beer Sheva, with Samuel Chukwueze and Arnaut Danjuma scoring the goals in the tie.

That recent setback will give Lech Poznan some hope that they could get a positive result themselves this week. The Polish side will need at least a point to qualify for the next round of the competition, as they have picked up six points from the five games that they have played.

However, they come into this fixture after being held to draws in each of their previous three fixtures in the competition. Their latest draw was picked up against Austria Wien last week. They were denied maximum points in that fixture when the hosts fired home an equaliser after 70 minutes.

This will be a repeat of a very entertaining match between the sides from matchday one. On that occasion, seven goals were shared by the sides, with Villarreal eventually claiming a 4-3 win after an 89th minute winner.

The pressure will be off for Villarreal in this fixture, and they could rest a number of first-team players ahead of their La Liga commitments over the weekend. Therefore, we could see Poznan getting the point that they need to reach the next round of the competition.

Make sure to bet on Loch Poznan vs Villarreal with 22Bet!