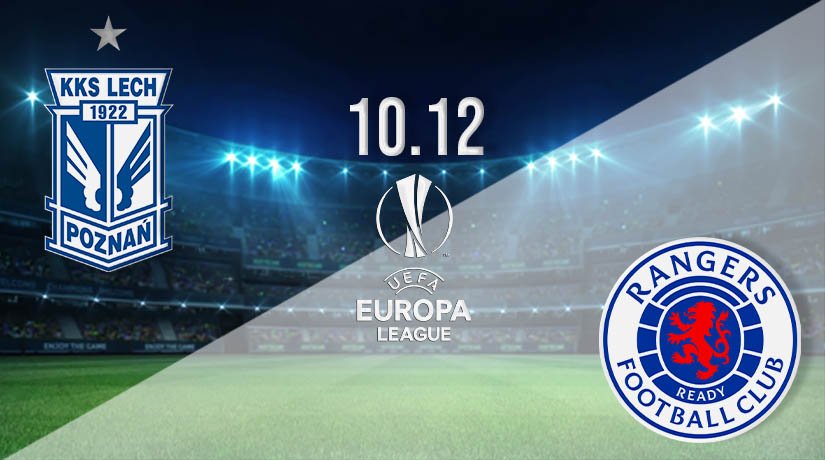 Followers of the Europa League have the final round of group matches to look forward to on Thursday evening. There are many games where there’s still all to play for and this Group D clash is one of them. Lech Poznan are already out but want to avoid the embarrassment of finishing bottom. Rangers are already through and want to progress as pool winners.

Poznan out of the running

Lech Poznan will enter this match deflated as the campaign hasn’t gone according to plan and they are out of the competition with a game to spare. The home team start this match in third place having won one game and lost the other four, scoring six goals but conceding a dozen. They have three points against their name and that’s the same number as bottom club Standard Liege.

Poznan’s only group win to date came over Liege on matchday three but they have since lost to the same opponent before going down against Benfica last Thursday. The coaching staff have already said this game is now of no importance to them and they may rest players to keep their star names fresh for league duty.

Rangers have been excellent in this competition so far and despite entering at the second qualifying stage they have made it to the knockout rounds with a game to spare. The Gers may even make it through as winners of what was a talented pool. The Scottish Premiership leaders have won three and drawn two so far, scoring 11 and conceding seven. The 11 points places them above Benfica on the head-to-head scores.

Gers drew twice with Benfica on matchday four and five, ending 3-3 away from home then 2-2 at Ibrox. They really should have won both games, surrendering a 3-2 lead and a 2-0 lead. Victory over Lech Poznan will confirm Rangers are winners of the group and that would be a statement of intent to the rest of the tournament.

There’s not a lot for the home team to play for here and we could see them rest several of their regular starters. Rangers have also ensured their progress and Gerrard will change things up also. This should be a tense 90 minutes.

Make sure to bet on Lech Poznan vs Rangers with 22Bet!