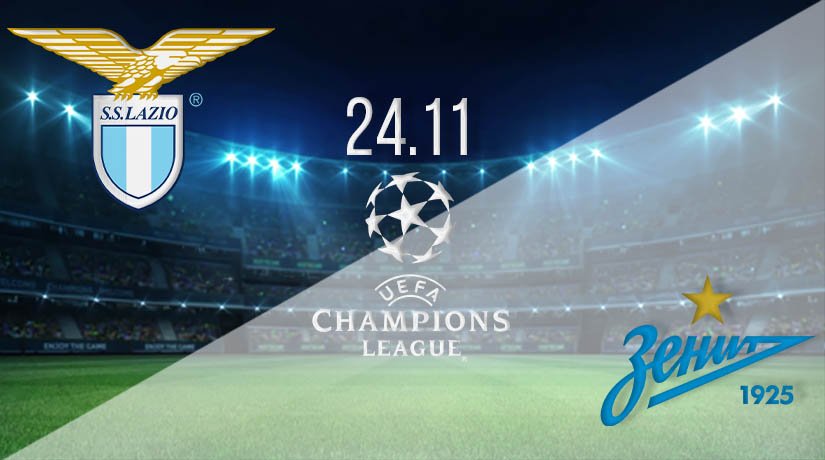 Italian Serie A giants Lazio welcome Russian Premier League kings Zenit St Petersburg for this Group F match scheduled to be shown live on television from 20:00. Moving into the second half of the group stages and Lazio are battling for a top-two finish and place in the knockout stages of the competition while Zenit are toiling at the bottom knowing anything less than a win here would end their chances of going through.

Lazio enter matchday four second in Group F but with every chance of finishing in pole position. The Italians have five points on the board thanks to a win and pair of draws, scoring five goals and conceding three. They are just a point behind pacesetters Borussia Dortmund but only one ahead of Club Bruges in third.

The outcome of this match could prove vital in Lazio’s Champions League campaign. Win and they would be within touching distance of the next round. Lose and they will face the threat of ending third and dropping into the Europa League, something the club will want to avoid at all costs. That ramps up the pressure on Lazio.

Zenit St Petersburg are always a team capable of causing opponents problems in UEFA competitions and the former UEFA Cup winners have proven their worth at this level in the past. They entered this campaign targeting a top-two finish but have looked out if their depth so far. Zenit are rock bottom with just one point bagged from the nine that has been available to them.

The Russians lost each of their opening two games but did snatch a point at the third attempt to get them off the mark. They earned a draw at home to Lazio with that game ending 1-1 thanks to goals from Erokhin and Caicedo. With Zenit taking the lead and holding onto it until 82 minutes that result will be remembered as two points lost rather than one gained.

Lazio are unbeaten in Group F so far and will rate their chances of continuing that form with a home win. Zenit know failure to grab victory in Italy will signal the end of their push for a place in the next round, leaving them hoping for third and the Europa League. The pressure is on.

Make sure to Lazio vs Zenit with 22Bet!