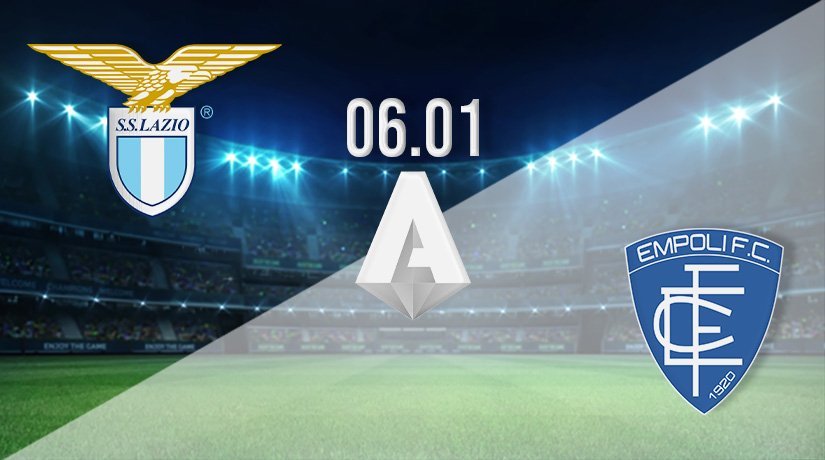 Lazio resume their fight for a place in the European positions in Serie A on Thursday afternoon, as they welcome Empoli to the Stadio Olimpico. The hosts had won their last two before the break in play in Italy.

The momentum could be with Lazio in the hunt for a European finish in Serie A this season, as they won their last two games before the winter break in Italy. However, there is still a lot of work that must be done at Lazio, as they still sit three points from the Europa League spot, and seven away from the Champions League positions.

Lazio looked to have turned a corner in their last two fixtures in Serie A, as they picked up back-to-back wins against Genoa and Venezia. The most recent of those wins was against the latter, as Lazio claimed a 3-1 success on the road.

Pedro opened the scoring after just three minutes, before second half strikes were added by Francesco Acerbi and Luis Alberto. Maurizio Sarri will be hoping that his side can maintain that momentum in their first game in 2022.

Empoli will also believe that they still have an outside chance of finishing the season in a European place, but a finish in the top half may be their most realistic target in the second half of the Serie A season.

The Italian side are currently a place below Lazio in the standings, and four points behind their opponents this week. However, unlike Lazio, Empoli have failed to win in their last two fixtures, and were beaten on their last outing by AC Milan. It was a dramatic fixture against Milan last time out, but Empoli were eventually beaten 4-2 despite goals from Nedim Bajrami and Andrea Pinamonti.

Lazio vs Empoli Head to Head

Lazio have an extremely strong record against Empoli, as they have picked up wins in each of the last six meetings. They have scored five goals in their last three meetings, which includes the 3-1 success that they picked up away from home last season. Empoli last beat Lazio in November 2015.

The recent form of both sides, as well as the overall record between the teams in recent seasons, means that the hosts are the pick for this fixture. Sarri’s side look good value to start 2022 with a victory at home.

Make sure to bet on Lazio vs Empoli with 22Bet!