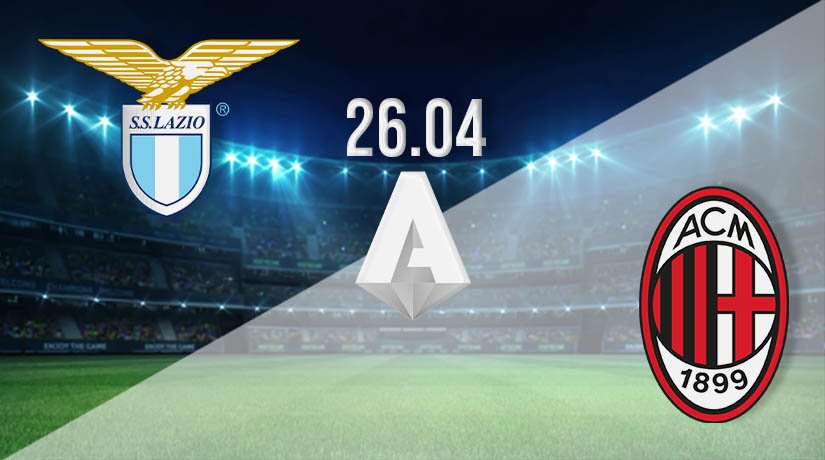 The weekend Serie A action concludes with two matches on Monday night from the top tier of Italian football. We are entering the last few games of the season, but there’s still all to play for at both ends of the table. In this article, our football experts preview Lazio’s home match against AC Milan, scheduled for a 19:45 GMT start and live on TV.

Armchair fans tuning in to the game hope to see more of the same after these rivals served up a five-goal thriller in their most recent clash. Milan won that match at home by a 3-2 final score, with the decisive goal coming from Hernandez with 90 minutes on the clock. It’s worth noting AC has scored three goals past Lazio in each of their last two meetings.

Lazio looks sure to secure a place in European competition next season, but it remains to be seen if they will be playing in the UEFA Champions League or the Europa League. To make it into the riches of the Champions League, they require a top-four finish in Serie A, which remains a possibility at this stage of the campaign, although time is against them. The locals need a solid finish to the season.

They have impressed in recent weeks, and the players take confidence from a win over Benevento secured earlier this month. Lazio strolled to a stunning 5-3 home win that day, and although they were suspect in defence, the attack deserved credit for creating chances and finding the net five times. A timely boost for team morale.

AC Milan are likely to secure a top-four finish and place in next season’s Champions League but will they do it as Serie A champions? They have been involved in a bitter battle with derby rivals Inter Milan for the top spot in the league for much of this season. It now looks like a two-horse race for the title, but Inter Milan hold the advantage, and it’s theirs to lose.

Milan has put together a strong run of form at a crucial stage of the season and impressed when beating Genoa 2-1 recently. It was a match they were expected to win, but the character shown by the players to dig deep and get the three points was positive. The goals scored by Rebic and a Scamacca OG was enough to see Milan hold off a fightback from Genoa, who remained in the game thanks to a Destro strike.

Both teams need the points here to keep their season alive, and that should make this a fascinating 90 minutes. Lazio is more than capable of making their home advantage count and arrive full of confidence.

AC Milan is applying pressure to Inter Milan at the right time. They know they must keep winning and hope to punish any mistakes made by the current league leaders to keep things interesting.