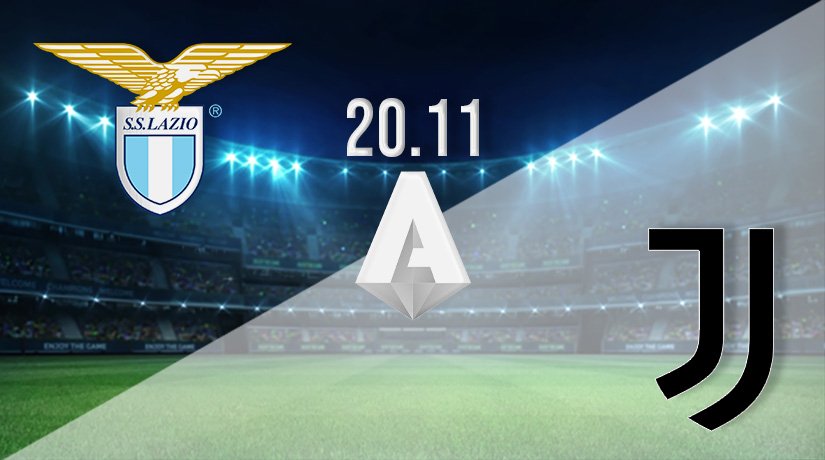 Lovers of the beautiful game welcome back club football with open arms as the top leagues across Europe return from the break enforced by the World Cup qualifiers. There’s plenty for followers of the Italian Serie A to get excited about as some of the top teams in the country prepare for action on Saturday.

The match that caught our eye when flicking through the fixtures was Lazio v Juventus which is scheduled for a 17:00 GMT start. This is a clash that has football fans excited as it could have a huge bearing on where both teams finish in the Serie A table this season.

Juventus dominated Italian football for the best part of a decade, and it looked like they would be there for another 10 years as there were no gaps in their armour. The Old Lady finally fell from grace last seen, only just managing to hold on to a top-four finish and grab Champions League football this term.

An almighty fightback was expected from the former champions, but it hasn’t come yet with Juve struggling for wins. That will give Lazio fans cause to enter this match with confidence as they hope to see their side use home advantage to win and stick the boot into their battle-weary visitors.

The last match involving these teams was a memorable one for Juve fans as they cheered a stunning 3-1 victory in March. That heaped misery on a Lazio side that hasn’t won this fixture since December 2019, a run of almost two years with three games played.

Will that drought come to an end here, or will the away team continue to find easy points against Lazio? Let’s take a closer look at the stats and form.

Lazio sits fifth in the Serie A after a dozen games played. Although they have little chance of challenging for the league title this season, with Napoli and AC Milan already 11 points clear and showing no signs of slowing up, they can grab a top-four finish.

A place in the UEFA Champions League next season would provide a huge boost for the club, especially financially as they return to a stage the fans believe they belong. There’s much work to do before they can play to mix it with the cream of the continent, but the locals are certainly in a strong position and looking good enough to realise their dreams.

They are unbeaten in their last three league games, taking seven points from the nine that was available to them. That form has lifted the hosts to within one point of the top four, and ensured confidence is high in the ranks.

A win over Juventus may help them move into the prize places, but it would also provide a timely morale boost for the entire team and their fans ahead of what will be a hectic league schedule between now and the end of the year. There’s more than three points at stake here.

Lazio won their most recent league outing, beating Salernitana 3-0 at this venue on Sunday 7th November. That was a game. They were the hot favourites to win, but there are no easy matches in the Serie A this season, so the players deserve full credit for getting the job done. Lazio kept a clean sheet, created plenty of chances and scored three goals.

The level of opposition wasn’t the highest they’ll face this season, but this team is capable of going through the gears, and fans are excited knowing there’s more to come.

Juventus seem to have fallen off the side of a cliff. Their decline when losing their grip on Italian football wasn’t a gradual one. It was a sharp fall. Fans can think themselves rather lucky that Juve was able to make it into the Champions League. Still, they lost star player Cristiano Ronaldo who departed for an emotional return to Old Trafford and Manchester United. What CR7 left behind was a club stuck in a transitional period and a group of fans that looked to be in a serious state of shock.

Anything other than three points here could lead to growing unrest from a group of supporters who have become accustomed to success over the years and have, it appears, forgotten what it’s like not to win everything.

The problems of last season – barring that strong finish to sneak into the top four – have carried over to this campaign, and Juve is down in eighth place, already 14 points behind joint leader Napoli and AC Milan. They have four points to find to match Atalanta, who are currently fourth in the league.

The team are struggling from the inconsistencies of last season, with their last five league games returning two wins, two defeats and a draw. The Old Lady have won just one match of their last four, and that’s a worry for all concerned.

They followed a draw with back to back defeats, but the spare win did come in their most recent game when beating Fiorentina 1-0 at home to enter the international break on a high. Ju Cuadrado scored the winning goal in that match, but it came in stoppage time at the end of play, with the winning side snatching all three points at the death.

They benefited from an extra player after Fiorentina was reduced to 10 men on 73 minutes. It was far from a convincing win, but it was a win and a crucial three points.

Lazio is ranked slightly higher in the table than their opponents, have the better recent form and playing better football. They head into this challenge knowing Juventus aren’t as strong as two seasons ago or even as dangerous going forward as they were last year when Ronaldo was in the team, but they can’t be written off.

Lazio is good enough to win this match, but it requires their full attention. They can’t afford to look at Juve’s form and take them lightly.

Juventus have shown only glimpses of their true potential this season. They are down on their luck and playing like a side that’s feeling sorry for itself. That’s worrying, as fans would have wanted to see more character and fighting spirit from the squad under the circumstances.

If we see anything like the Juve of 2019, they will win this match and score a few goals into the bargain, but we’re not sure the spirit of 2019 exists these days.

Make sure to bet on Lazio v Juventus with 22Bet!