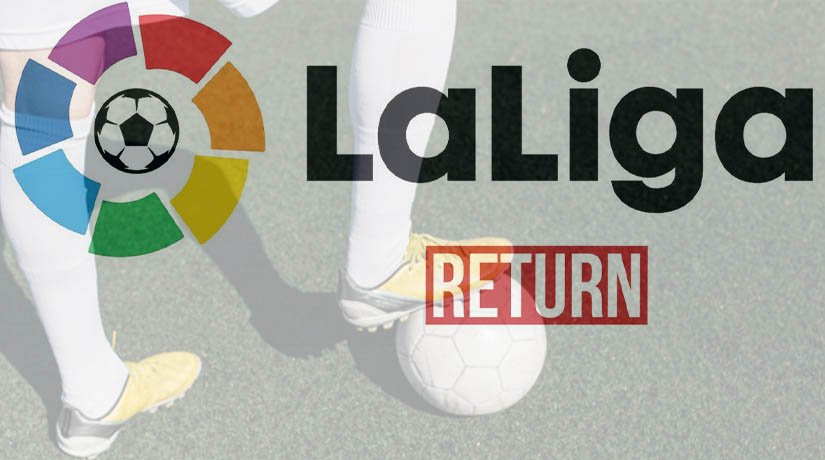 La Liga Predictions: What To Expect When The Spanish League Returns

The wait for live action in Spain finally comes to an end on the 11th June, as a huge derby between Sevilla and Real Betis gets La Liga back underway. Fans will be treated to a feast of football, with 20 games across seven days. Javier Tebas has previously admitted that he wants the action in La Liga to be concluded by the end of July, so teams in European competition can focus on those competitions in August. But, where did the action in La Liga finish off before the break in play?

How Things Stand In La Liga

There were tight battles across the entire competition when the season was paused. Barcelona had just regained the upper-hand in the battle for the league title as they moved two points clear of Real Madrid. There was a feeling that the pendulum had swung in favour of Zinedine Zidane’s side after their El Clasico victory, but they handed the advantage back to Barcelona after they were beaten by Real Betis.

The battle to finish in the European places was also heating up. Sevilla, Real Sociedad, Getafe and Atletico Madrid are fighting it out for the final two places in the top four. Meanwhile, Valencia were just outside the top six and are looking to pull closer to those in the top six, with just three points between them.

Predictions For The Remainder Of La Liga

The title race looks destined to go down to the wire, with a huge weekend of action on the horizon in July. Barcelona will welcome Atletico Madrid to the Nou Camp, while Real will host Getafe on the same day. This round could be pivotal in deciding the destination of the league title. However, the preference would still be for Barcelona at 3/5 with 22Bet to win the title for the third year running.

The race for the remaining Champions League places will also be tense, with four sides realistically in the mix. Atletico Madrid will need to turn some of their draws into wins to make sure of the spot, but the quality in their squad would indicate that they are capable of doing that. Meanwhile, the final spot will likely be taken by Sevilla.

Espanyol already look destined for the drop this season, and Leganes will likely be joining them. However, Mallorca’s run of two wins in four before the break would indicate that they have the quality to get out of trouble. There will be fears for Eibar as they have lost four of their previous five.