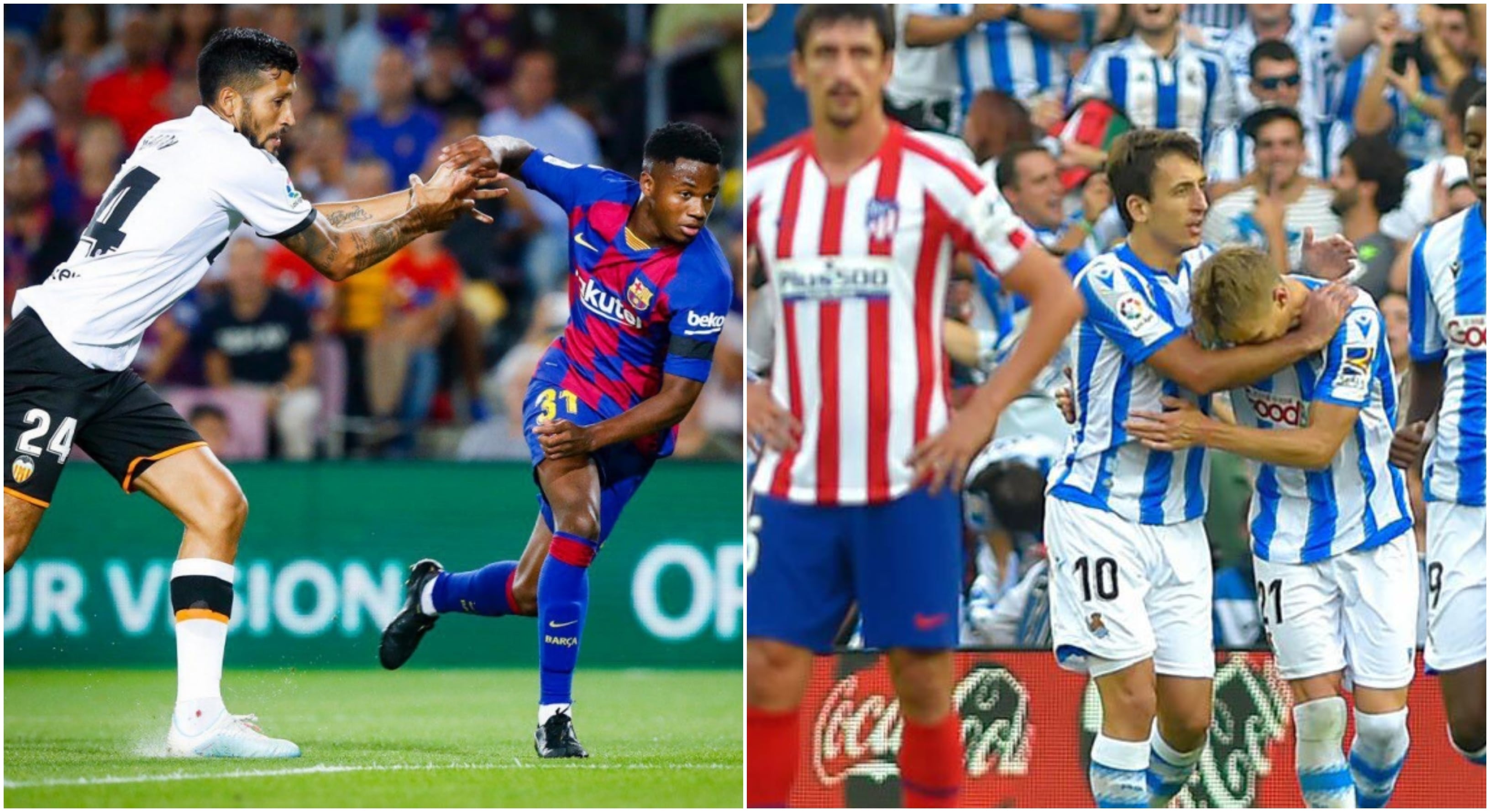 The top-flight La Liga in Spain returned to the pitch over the weekend, and there were some notable results across the country. Our La Liga Matchday Four round-up from 14.07.2019 will tell you all about it!

It has been a tough beginning to the season for Valencia, and Barcelona brutally punished them at the Nou Camp. The goals for Barca were scored by Ansu Fati, Frenkie de Jong and Gerard Pique. Before Luis Suarez added a late brace for the Catalans. Kevin Gameiro and Maxi Gomez both score consolations for Valencia.

Sevilla continued their unbeaten start to the new league season with an excellent away win at Alaves. Joan Jordan scored the only goal of the game shortly before the interval. The travelling side defended excellently in the second half.

Atletico lost their unbeaten start to the season with a shock defeat away from home. Martin Odegaard scored against his parent club’s biggest rivals before there was a debut goal for Nacho Monreal 30 minutes from the end. The travelling side looked void of ideas throughout the game and Sociedad were the deserving winners.

Real Madrid kicked off the weekend with an excellent home win. All three of their goals came in the first half, as there was a brace for Karim Benzema and the third added by Casemiro five minutes before the half time whistle. It was very much the case of hanging on in the second half, as Borja Mayoral and Gonzalo Melero pulled the visitors back into the game. However, they were unable to get the equalising chance.

Make sure to check out the odds on La Liga matches to follow on 22Bet.