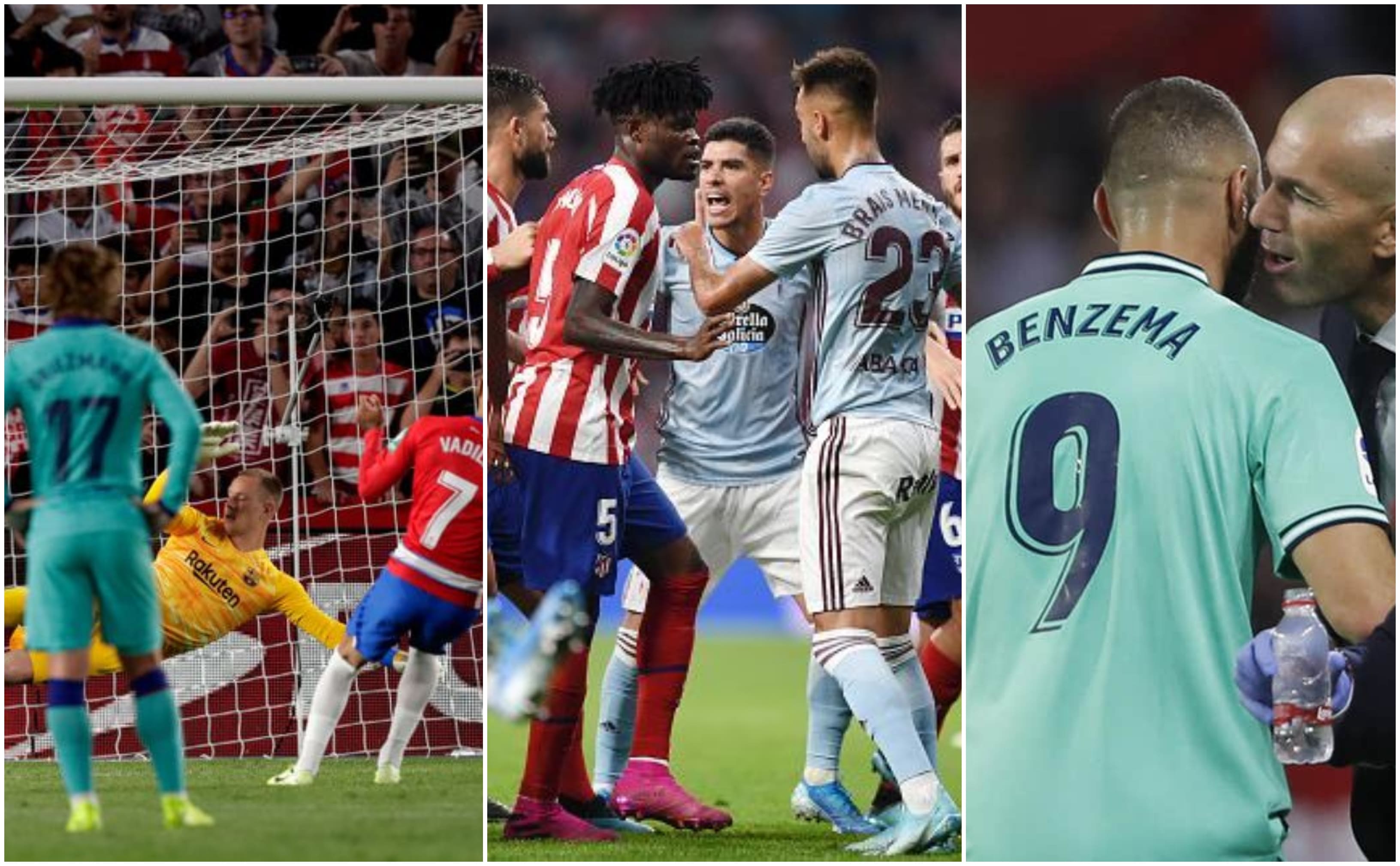 The Spanish season has already had its fair share of twists and turns and the most recent weekend proved to be no different. There was a shock defeat for one of the big sides in the division, while another may have rediscovered their momentum.

Make sure to also check out our EPL matchday six round-up.

There was a feeling heading into this clash that Sevilla could take full advantage of the current situation at the Bernabeu to take all three points and put a marker down for themselves being title contenders. However, Real Madrid found their groove again and a Karim Benzema goal was the decisive moment.

It was a shocking defeat for Barcelona on Saturday evening as the pressure begins to mount on Ernesto Valverde. The Catalans were once again without Lionel Messi, and the quality that he brings to the side is easily noticed when he plays no part. Granada took all three points off their illustrious rivals following strikes from Ramon Azeez and Alvaro Vadillo.

Atletico’s form over recent weeks has nosedived and they are failing to take the chances that their rivals are giving them. Diego Simeone would be disappointed that his side aren’t in a commanding position in the league at this time and they wasted a host of chances at home on Saturday. Madrid had 20 shots on goal compared to Celta’s six. But, the traveling sides defending deserved a point.

Valencia couldn’t follow up their Champions League win over Chelsea with another victory as they were held at home by Leganes. Daniel Parejo put the hosts ahead after 21 minutes from the penalty spot, but Oscar Rodriguez Arnaiz pulled the visitors level before the break. Valencia remains on the 12th.

Make sure to check the odds for other matches and bet on La Liga with 22Bet!