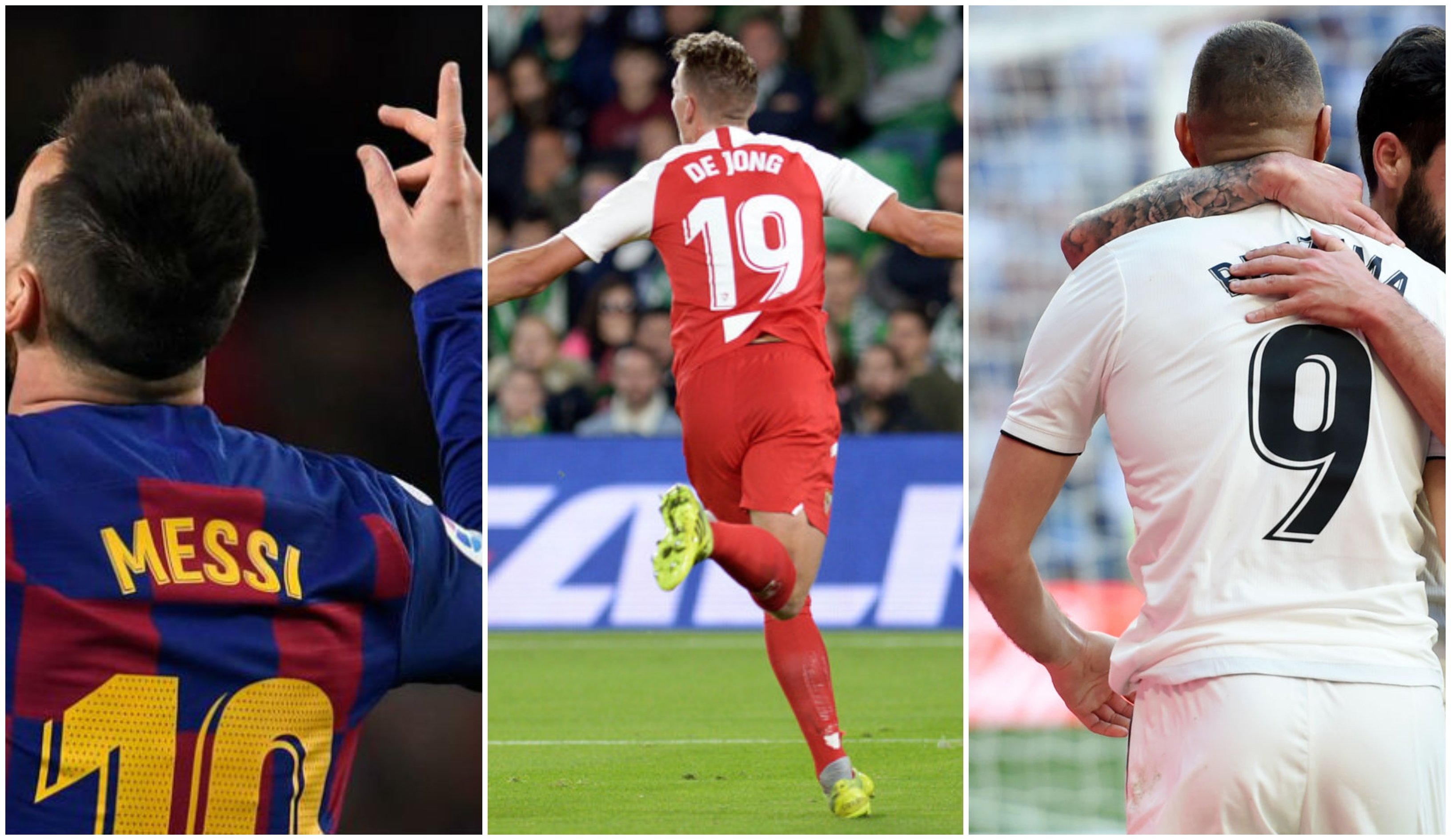 Seville derby and convincing wins from the leading duo marked this weekend of football in Spain.

It was a clear autumn evening on Sunday, but there was something in the air that night. Betis hosted their eternal rivals Sevilla at Benito Villamarin in perhaps the fiercest rivalry there is in Spanish football. The disappointment, however, ensued early on as one of the best La Liga players this season, Lucas Ocampos, scored to make it 1-0 for the away team.

However, Betis’ top scorer, Loren Moron tied the score just before the half-time, sending his team to the dressing room in a good mood. After that, what looks like the man most unlikely to score this season did just that! Luuk de Jong found his brilliance, scoring a fully fleshed striker goal, getting the win for Sevilla. Lopetegui celebrated like a madman, showing just how much this derby means to both sides. His team also stayed just a point behind Barcelona and Real Madrid.

The repetitive story of Barcelona and winning in La Liga

And while everyone is thinking about hundreds of scenarios that might occur in any match, Ernesto Valverde has his work cut out for him as usual. The brilliant Lionel Messi saved his team yet again. In a display of sheer individual dominance, after scoring a penalty, Barcelona conceded from a free-kick caused by Messi’s wrong tackle. This didn’t sit well with the Argentinian. Angry at the referee, what did he do?

Well, basically every other player would allow frustration to build-up. However, Messi took the other route, scoring not one, but two free-kick goals like it were literally nothing, nulling Olaza’s free-kick which felt like a distant past at that point. Ruben Blanco, Celta’s goalkeeper, fell victim to the referee’s sins that day.

Missing a month of action, Messi casually rose to the second in goalscorers ranking, once again confirming his status as the best. At the other end of the table, all the weight of the world is on Iago Aspas’ back, who will have to carry Celta on his back yet again, with his team seemingly unable to compete.

While Barcelona have Messi, Real Madrid have Benzema. Obviously, the gap is huge, but it’s enough for Madrid to keep winning, staying intact with Barcelona’s league tempo. The Frenchman scored a brace for a total of nine goals in 12 matches this season in a display of dominance, beating Eibar 4-0 away.

Real Sociedad stumbled against Leganes at home in the absence of Odegaard, winning a mere point, falling down to fifth. After two consecutive draws, Atletico Madrid won against Espanyol to take Sociedad’s third spot, while the weaker Catalan team is left in the relegation fight, losing five out of the last six matches, and it appears that European outings are just too much for Espanyol.

Mallorca took the big three points from Villareal behind Takefusha Kubo’s great performance, earning a penalty and scoring from an open play for his team. Valencia are getting back to the Champions League spots fight with the second consecutive win, this time against Granada.

Barcelona and Real Madrid established their dominance, separating themselves on top. However, Lopetegui’s Sevilla looks like a team on the mission, while Atletico and Valencia are getting back to their best. Sociedad is always in the mix, and this season looks like it could end up being one of the most competitive in recent years.