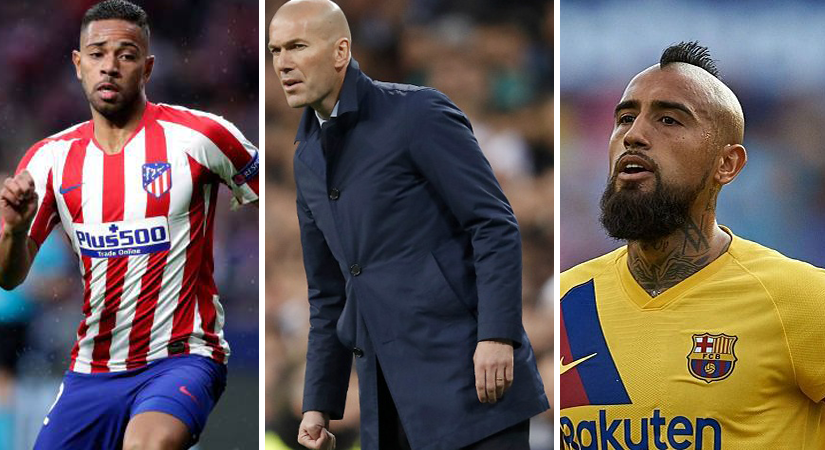 Atletico Madrid keep on with their struggles and Sevilla keep up with high spirits. The latest La Liga fixture exhibited some unexpected results as well as struggles of the best.

Friday night displayed not-so-attractive duel between Levante who hosted the newly promoted Mallorca. The guests were coming off of a big win against Villareal, while the home side arrived in a bad mood after a harsh 2-1 defeat to Athletic before the international break. However, The Frogs got themselves together and Levante prevailed in a 2-1 win with Ruben Rochina’s winner.

Barcelona opened the Saturday matches with an underwhelming performance in Madrid against Leganes. Despite the struggle, the Catalans dug out a tough 2-1 win, with both goals coming after set-pieces. This means that six of the last seven goals for Blaugrana arrived after a set-piece, with the only exception being Busque t’s goal against Celta. Arturo Vidal was the unlikely hero once again, as he was quickest to react in the chaos that ensued after Barcelona’s corner. Lots of issues for Valverde’s side, but Barca are still at the top of the table.

The following match saw Villamarin host a big matchup between Betis and Valencia. Sometimes you get the feeling that Betis’ home match against a strong opponent always offers a spectacle. This time was no different – after Maxi Gomez scored for Valencia’s lead, the home hero Joaquin tied the match within just five minutes. Both teams hit the bar with wonder shots from Nabil Fekir on one end and Lee Kang-in on the other.

However, nobody could foresee what Canales was about to do in the dying seconds of the match. He took the free-kick with a ball lined up to the side of the box. Instead of crossing it in, Canales struck the ball stunningly, as it landed perfectly in Cillessen’s net. The hosts needed three points here in order to separate themselves from the relegation zone.

Atletico Madrid engaged in an uncharacteristic draw as they travelled away to Granada in a hunt for three points. Even though they took the lead at an hour mark and Granada received a red card just a couple of minutes later, the fearless Granada didn’t give up as German Sanchez tied the match at 1-1, which was the full-time result.

Odegaard invisible against his parent club

Real Madrid beat Real Sociedad at the Bernabeu 3-1. The guests were no match for Los Blancos, and an underwhelming performance from Madrid’s loanee at La Real, Martin Odegaard, left no chance for Alguacil’s side to fight back.

Sunday saw away teams enjoy their trips as four out of five matches ended with the visitors taking three points. The only one that didn’t was Espanyol vs Getafe which ended 1-1 in Barcelona. Celta Vigo cut their five-match losing streak by beating Villareal, and Sevilla rose to third place in the table with a win over Real Valladolid.