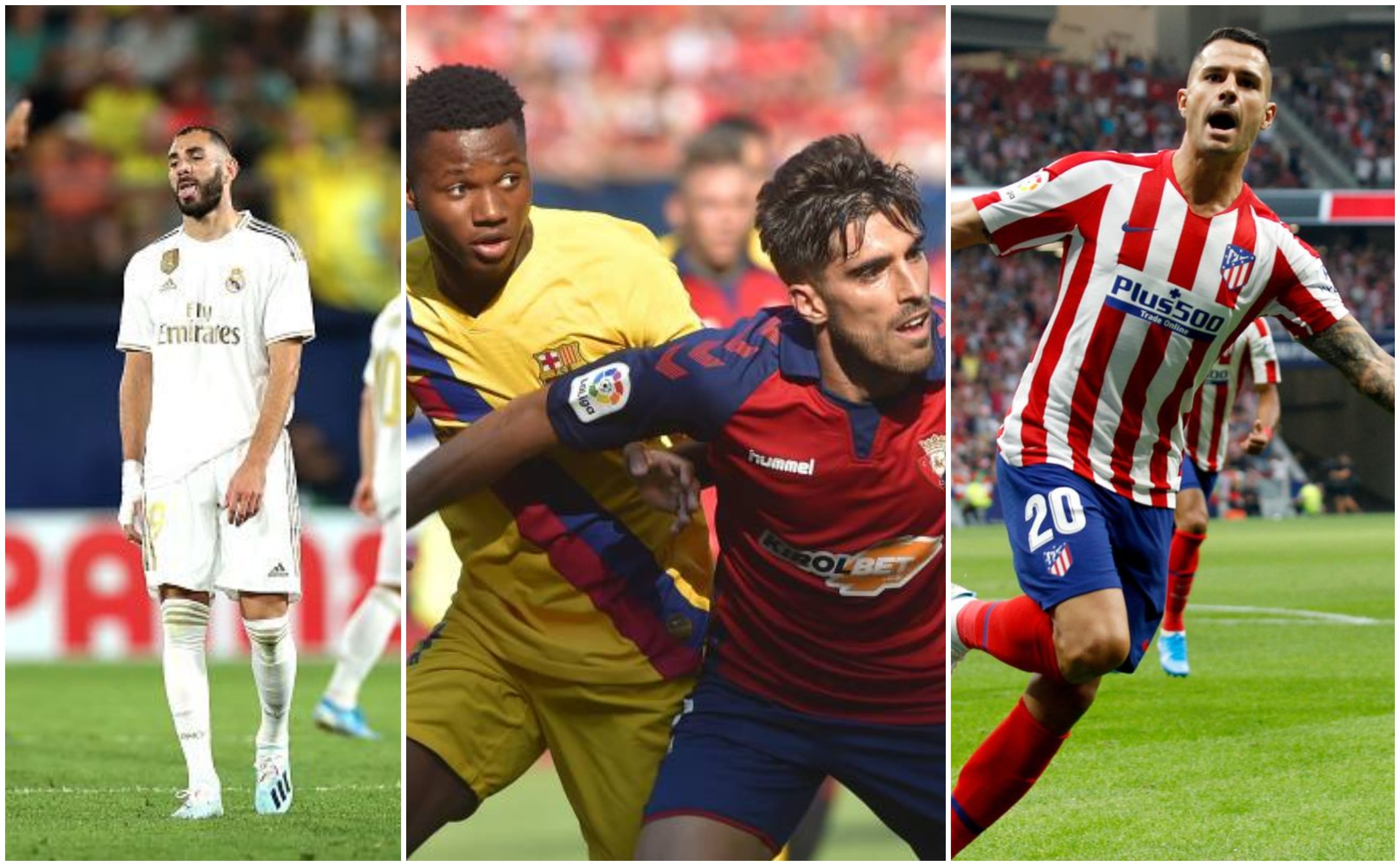 The final round of fixtures before the international break was entertaining in Spain’s La Liga 2019/20, with only one of the title challengers winning over the weekend.

Atletico Madrid maintained their 100% record with a last gasp winner against Eibar. The capital side had trailed 2-0 after goals in the first 20 minutes from Charles and Anaitz Arbilla. However, Diego Simone’s side came roaring back through Joao Felix, and Vitolo strikes. The winning goal for Atletico was scored in the 90th minute by Thomas Partey.

The final fixture before the international break was packed full of drama. The hosts went ahead after 12 minutes through Gerard Moreno, before Madrid struck back before the breakthrough Gareth Bale. However, the hosts went back ahead 15 minutes from time when Moi Gomez was in the right place at the right time. Bale once again popped up for Madrid to salvage a point. However, the Welshman was sent off five minutes later after picking up two yellow cards.

The La Liga champions once again struggled away from home in the league. They went behind after Roberto Torres Morales scored after eight minutes. However, they turned the game on its head after goals from Ansu Fati and Arthur. Fati became the youngest ever goalscorer for Barcelona aged 16. Osasuna had the final say of the game when Morales scored the 81st-minute penalty for the hosts.

Sevilla lost their 100% record on Friday night as they were held at home by a defensively resolute Celta Vigo side. The hosts went ahead with ten minutes remaining through Franco Vazquez but were made to pay for their lack of ruthlessness when Denis Suarez equalized for the visitors two minutes from time.