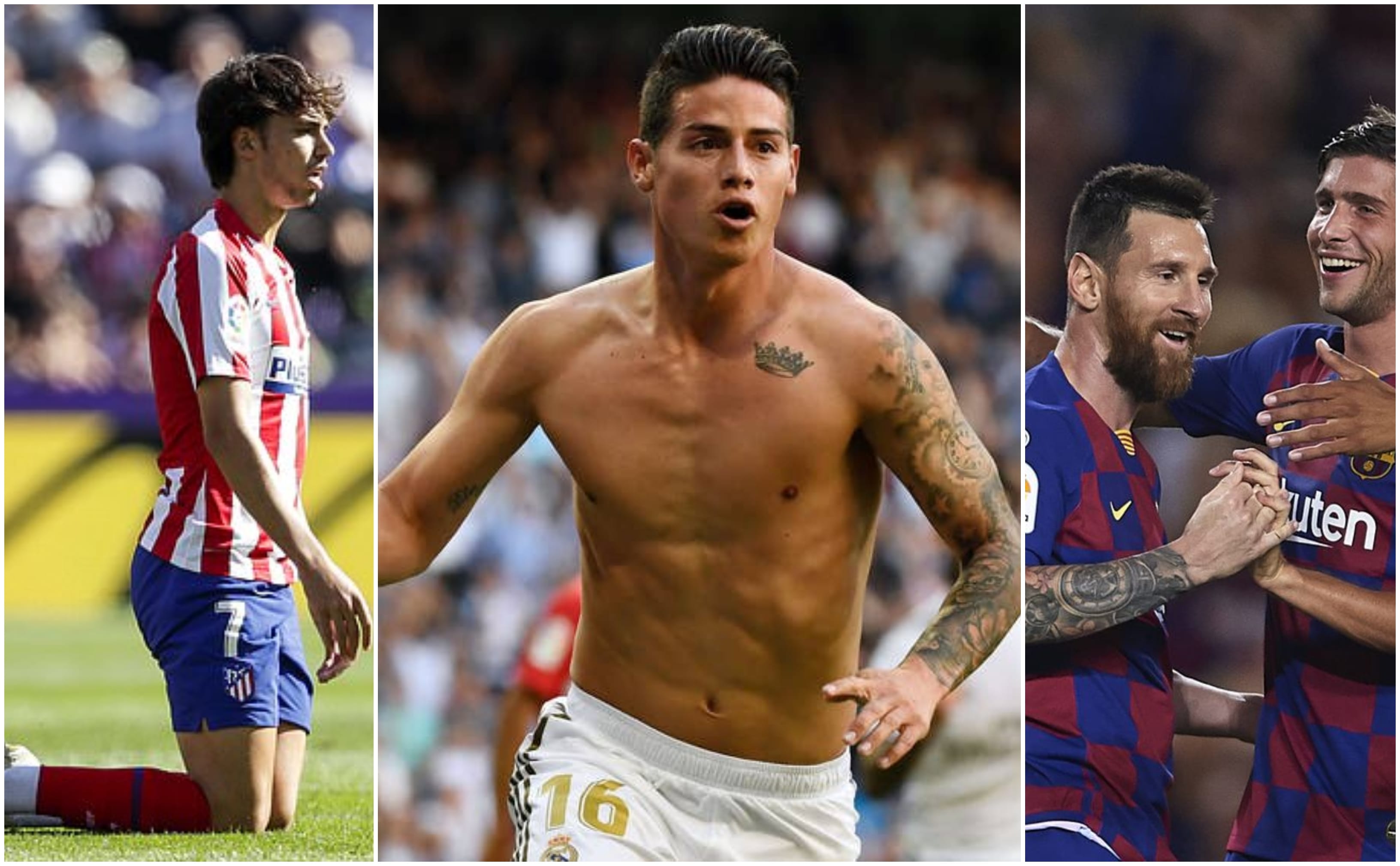 The final round of fixtures in Spain before the international break has seen one side lose their advantage in the league table.

Barcelona returned to form in mid-week with a strong showing in the Champions League against Inter Milan, and they backed that up with a second win against the early season leaders Sevilla. It was possibly Barcelona’s best performance of the season and went into the break 3-0 ahead. Luis Suarez, Arturo Vidal, and Ousmane Dembele were the scorers. Lionel Messi added a fourth with ten minutes to go. Ronald Araujo and Dembele were both sent off in the space of two minutes for the hosts.

Atletico lost ground on their title rivals after they were held to another goalless draw. The visitors offered very little in the final third, and only registered one shot on target in the whole game. They seem to be missing the attacking threat of Antoine Griezmann at present as the goals have really dried up.

Real Madrid remains at the top of La Liga after a hard-fought win over Granada. Karim Benzema opened the scoring after two minutes before Eden Hazard scored his first goal for Madrid in first-half injury time. Luka Modric added a third before Granada pulled two back through Darwin Machis and Domingos Duarte. However, the win was ensured in the final stages of the game as James Rodriguez scored.

Valencia got over their big defeat in midweek with a comfortable home success over Alaves. Maxi Gomez opened the scoring for the hosts before Daniel Parejo scored from the spot in the final ten minutes. Alaves pulled a goal back through Lucas Perez, but it was too little too late to concern the hosts.

Make sure to check out upcoming matches odds on La Liga.