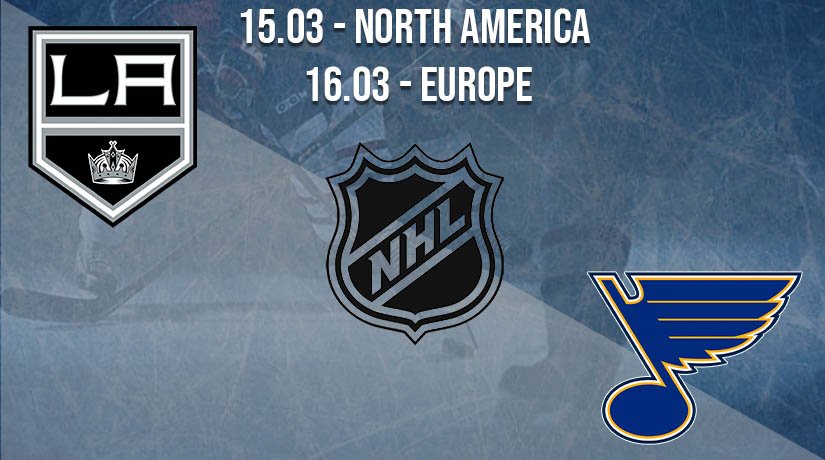 Los Angeles will host St. Louis, trying to keep the upper hand over their opponents. Our experts have prepared a prediction for this meeting.

Los Angeles had a four-game away streak that began with a 5-6 OT defeat from Anaheim. The Kings were able to make a comeback, levelling the score in the third period, but still, the opponent was stronger in overtime. In an offensive game, the Kings managed to take revenge, defeating the Ducks with a score of 5-1. After that, Los Angeles twice met with Colorado, having suffered defeats (0-2 and 1-4).

St. Louis has had serious gaps lately. The losing series reached four matches in which the team could not cope with Los Angeles (3-4 OT), San Jose (2-3 OT), and also lost to Vegas (4-5 OT and 1-5). The team’s main problem is the doubtful play in defence because even weak opponents are finding the back of the Blues’ net. Even on the road, the Musicians began to have problems, although the team earned most of the opponent’s ice points before that. Due to the lost points, the team dropped to the fourth line in the Western division table, with 33 points.

This season, the teams have already played six head-to-head matches, and in most of them, Los Angeles emerged victorious, although they were an outsider. Bookmakers continue to believe in the victory of St. Louis, but the Blues are on the decline. So the best bet would be to bet on a double chance for the Kings.