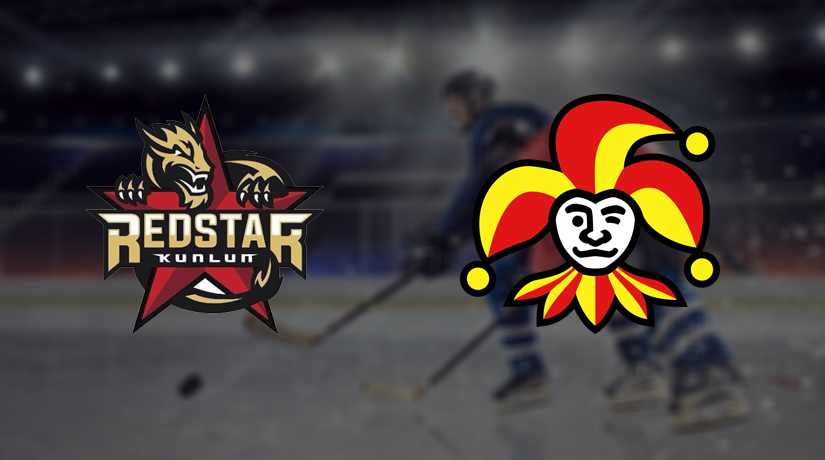 On October 13th, in another regular season game of the KHL, Kunlun Red Star in the home arena will play with a tough and uncomfortable opponent – Helsinki Jokerit. The Chinese club is in pretty good shape, but will they beat the Finns this time? Let’s evaluate the shape of teams and try to determine the match result.

Kunlun is playing more confidently this season than in the past. The team sits at the 9th place in the Eastern Conference after 25 matches played and is only 3 points away from the playoff zone. The Chinese club is unlikely to be able to count on leadership because Ak Bars is ahead by 13 points. It should be noted that the gap from the last club of the conference is tiny, so Fraser’s men need to work harder.

In 25 KHL games this season, Red Star had a total of 9 wins in regular time. Kunlun surprised experts with unexpected victories over Torpedo, Avangard and Vityaz during this segment.  Also, we must notice the excellent game of the Chinese club in defence because they conceded no more than two goals over five matches.

Last season, Jokerit fought for a place in the top three, but now the team from Helsinki is stuck in the middle of the standings. After 23 matches played, the team takes only 7th place and 12 points behind the leader. At the same time, the team played two games less, all opponents of the week. Victories in these meetings will be able to let the Finns “fly up” to 4th place in the Western Conference.

Jokerit will prefer to play open hockey, and matches with their participation usually are very productive. The average total opposition of the Finnish club is 5.1. At the same time, the team has no clear leader in the offence, and its best scorer earned only 16 points in the goal + pass system.

Kunlun looked pretty good in recent matches and even beat last year’s Gagarin Cup finalist. Jokerit plays rather unstable in recent meetings, but at the same time managed to beat CSKA Moscow. For the Chinese club, Jokerit is a very uncomfortable opponent, because Red Star only won only one match of their last five.  Experts believe that the guests in this match will win because today they are much stronger than the opponent. There is also a high possibility of the total over six goals.

Make sure to bet on Kunlun Red Star vs Jokerit with 22Bet!