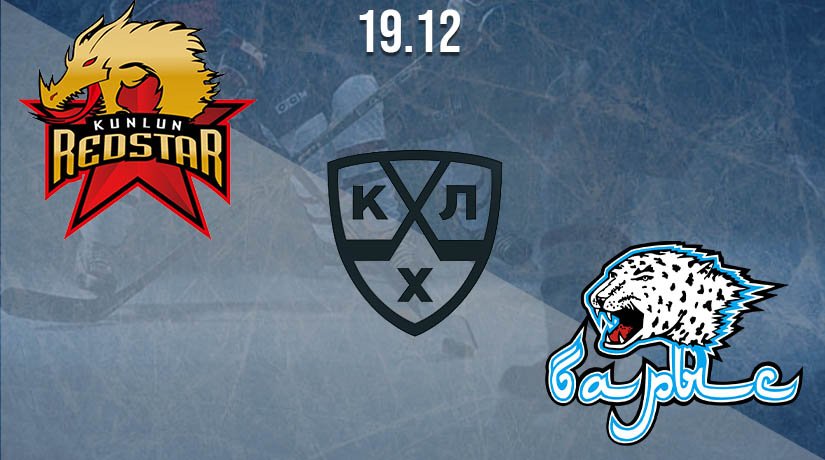 The only KHL match on Saturday, December 19, will be held in Mytishchi, where the Chinese Kunlun Red Star will host a game against Nur-Sultan Barys. Let’s take a closer look at these teams.

Kunlun is in penultimate place in the Eastern Conference standings, with two points more than the nearest opponent. Besides, Kunlun has a game in reserve, and they can increase their advantage. This game will be played during the pause for the national teams’ tournaments. In the last six meetings, Kunlun won twice — they’ve managed to defeat Neftekhimik and Sochi.

Yuri Mikhailis’ team regained their place in the Eastern Conference’s playoff zone, and now they are in 8th place ahead of the nearest pursuer by only 1 point. Also, the Kazakhstan team has several games in reserve. They were postponed due to the coronavirus. In the last six games, Barys lost one game.

Both teams are in the same division. Therefore, they meet at least four times during the championship. Our experts give betting preferences to the team from Kazakhstan. However, the Kunlun will fight to the last. They are the penultimate in their conference. In general, we think Barys’s victory is unambiguous.