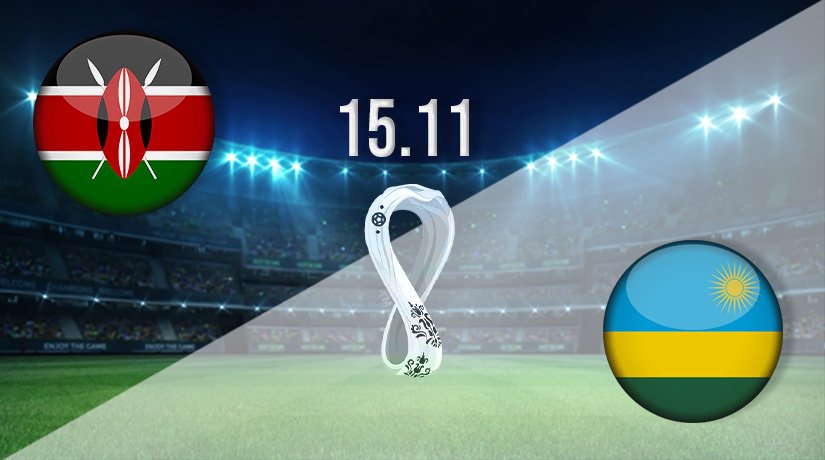 The teams that are out of contention of reaching the third round of World Cup qualification in Group E meet in the final fixture of their respective group stage campaigns on Monday evening. But, will Kenya or Rwanda be able to end with a victory?

The writing always appeared to be on the wall for Kenya and Rwanda when the group stages were made, as they always looked to have an uphill battle to reach the third round in this testing looking Group E. The play in the group has shown that, as both nations will finish in the bottom two spots.

Kenya are just above their rivals coming into this fixture, as they occupy third, but that could change before Monday’s fixture. They would have been slightly appeased with the two draws that they have picked up to this point, but they still look to be a long way away from reaching the World Cup finals for a first time. Still, they will be hoping for a change in fortunes when the qualifiers for the 2026 World Cup get underway in the future.

Rwanda have endured a more disappointing Group E campaign than their rivals, as they have picked up just one point. That came courtesy of a draw against Kenya in the previous meeting between the nations in CAF World Cup qualification.

BET ON KENYA VS RWANDA WITH $100 BONUS

Like Kenya, Rwanda have really struggled throughout the qualification campaign, but could take solace from the fact that they have been at least defensively good. To this point, they have allowed just four goals in the games that they have played, with the vast majority of their problems coming at the other end of the pitch. A first win in the group to close play in Group E would be a solid building block.

Kenya vs Rwanda Head to Head

Kenya have beaten Rwanda on nine previous occasions. The visitors in this fixture have managed to pick up five wins themselves, while five games have also ended in draws. Kenya have won the last three home games that they have played against Rwanda.

The hosts certainly look better value to end the campaign with a first win. They have held their own in the majority of the games that they have played, and against lesser opposition, they should get the victory in front of their home fans.

Make sure to bet on Kenya vs Rwanda with 22Bet!